Our cable (Spectrum) television -- streaming -- was out earlier the morning. The outage must have lasted about four hours. I didn't check the television set to see if cable television was on -- I assume it was -- it was only the streaming app -- as far as I know -- that was down.

From this link, I posted: 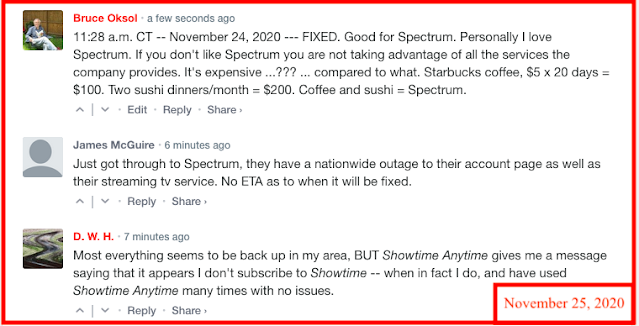 The good news, Spectrum told me that would reimburse me -- they will not charge me monthly cable charges for three months. LOL. Not.

As most readers know, Corky was visiting her parents in Chicago. She had been on the road for about three weeks. 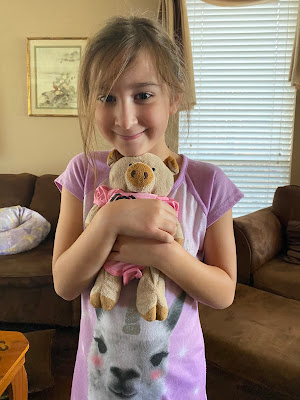 Still wearing the same dress she left home in about three weeks ago. No word if she recognized her cousin "Piggy," who is visiting for Thanksgiving.

One notes that "Piggy" is not in the photo above. Sophia knows her friend will always stand by her.

Stand By Me, Urban Cowboy, Mickey Gilley
Posted by Bruce Oksol at 11:39 AM