I'm awake, but not much yet to blog. But I'm sure I will find something.

Late, late night at Chuck E. Cheese's last night. Long, long story. What appeared to be the worst night possible when we first got there turned out to be, perhaps, one of the best five hours I have ever had with Sophia. Considering all I do with Sophia, and all the things we've done together, that says a lot.

One video, and I'll talk about it later:

I do not remember how much of the biography I have read. I know I did not mark up any of the three volumes as I read it.

But last night, I had an opportunity to re-attack, and re-attack I did.

Volume 1 is 725 pages, not including index, table of contents, etc., but the body of the biography itself. I started with Chapter 25, in the year 1929. Graham Greene had just gotten married, and had not yet published a novel. Of all the chapters to re-attack, it seems this may have been a great starting point.

Again, it's a book I can't recommend to anyone. But for an Anglophile and who has spent much time in England it brings back great memories. Graham Greene was a hiker just like me, taking long, long walks to gather his thoughts, as they say, and perhaps, maintain his sanity. He traveled extensively throughout Europe (not particularly unusually for the Brits) and it's "fun" to remember all the places we visited that he mentions. Of all things, for example, Norman Sherry writes a couple of pages on Greene's interest in Trier, Germany.


He was not to visit Trier until a month later before he completed The Name of Action and although, having spent only one night there, he was again moved by its magic: "It's the loveliest place I've ever been to: I think it must have been my home in a previous incarnation" -- his failure to renew his impressions of the town earlier was to be fatal for the novel."

We were stationed in Bitburg, Germany, for seven years (two different tours). Trier was about half-an-hour down the road. If we had nothing planned for any given Saturday, I would always take our two daughters to Trier for hot chocolate and a chocolate croissant at Germany's version of a Starbucks back in those days. The first tour, Laura was six months old when we arrived in Bitburg, and Kiri was a little over three years of age. By the time we left, they were 4 and seven respectively, or thereabouts. We would return to Bitburg three years later.

Lots of Roman history in Trier. 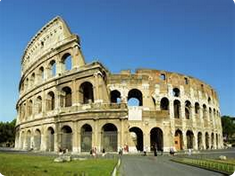 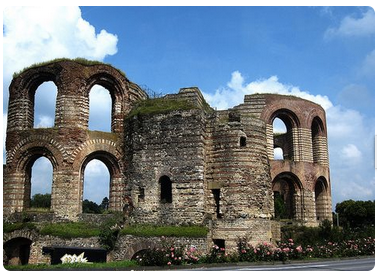 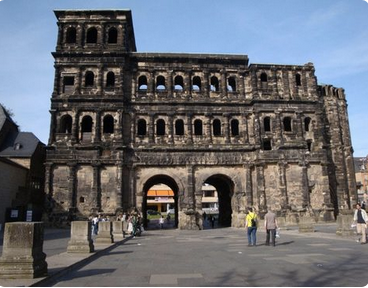