Now that the Apple iPhone 5c and 5S launch is history, I thought I would stop by the local Apple store to do some browsing.

But the lines were still long. Not THAT long, but no homeless people in line. 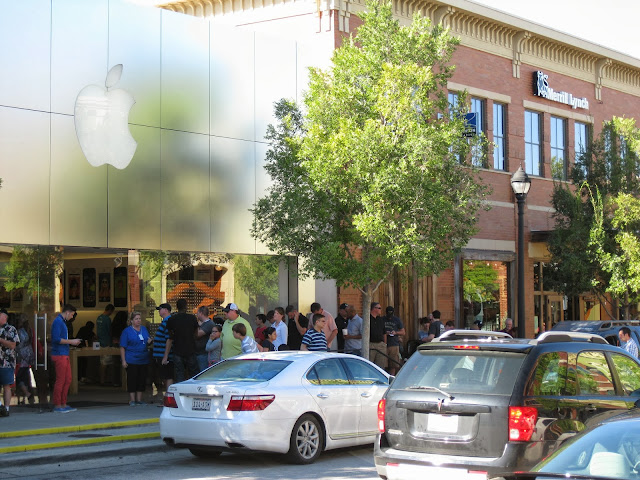 This was around 2:00 p.m, Saturday, the day after the launch. I think they were allowing non-iPhone customers to go in but they had to stay on one side of the story, while the other side was reserved for iPhone customers.


Apple appears to have sold out of its iPhone 5s stock, with shipping estimates for all models in the United States slipping from 7–10 days to an ambiguous "October" ship date. The phone, which went on sale yesterday, saw shipping times of 1–3 days for the first four hours that it was available before estimates dropped to a seven to 10 day ship time.

The photo above was taken in South Lake Town Center, Texas. I never noticed that before, but it appears that it is Merrill Lynch next to the Apple store. Hmm....
Posted by Bruce Oksol at 7:13 PM