I missed that record high too, & I look at that table every week. I even commented on it as a reason for that week's drop in gasoline inventories:

Now to explain the significant jump, third week in June? Let's see, if one gets paid every two weeks ... one has the cash to buy at the beginning of the third week ... you know, we might hit 10 million bbls before the end of the summer ....

This is the US gasoline demand in million bbls / day on a weekly basis. It appears that we may have set a record in the third week of June. If that was mentioned in the mainstream media I missed it. At 9.8 million bbls of gasoline demand/day, we are very, very close to 10 million bbls/day. 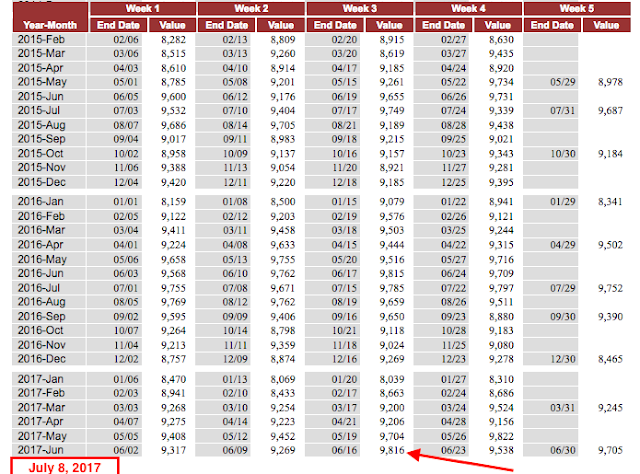 The four-week average is still below last year, but last year was a "record year" for gasoline demand. 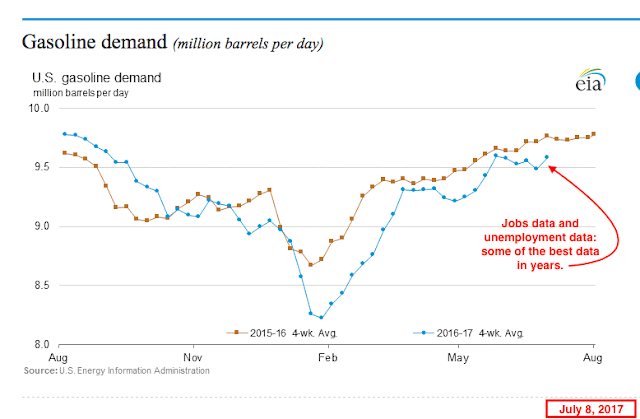