Bakken News: be sure to check out The Bakken Magazine. Lots happening.

A week after forming a Canadian subsidiary with Dominion Energy, Quantum was able to secure land for a 40,000 barrels per day refinery that would utilize crude sourced from the Bakken and Three Forks formation. The proposed facility will be located in the Viewfield production region and near a Crescent Point Energy gas capturing plant. According to Dominion Energy Processing Group, the entity formed by Quantum to led the construction and design of the facility, the plant will produce roughly 21,500 bpd of retail gasoline and 13,600 bpd of ultra-low sulfur diesel.


The Arizona company is planning to develop up to five refineries designed to produce diesel fuel from Bakken crude oil.

Quantum announced earlier this month that it had signed a two-year option agreement on a 260-acre refinery site in Stanley, N.D., a town of around 2,000 people and the county seat of Mountrail County about halfway between Minot and Williston.

In addition to the Stanley agreement, the company has signed option agreements for property in Baker and Fairview, towns about 100 miles apart on the Montana and North Dakota border.

JV team: ISIS (aka ISIL, IS, EIEIO) takes control of Syrian oil fields. Islamic State fighters have taken control of the Jahar and Jazl oil fields, as well as the al-Mohr area and the al-Mohr company.

Oil exploration spending may drop further next year. But does that mean production decreases?


The Western states continue to ramp up their renewable energy mandates—California and Oregon, for instance, plan to get at least 50% of their electricity from renewable sources, and Colorado has set a 30% requirement. Ironically, this renewable energy trend puts a spotlight on natural gas, whose at-the-ready supply will be needed to fuel the West’s increasing number of gas-fired power plants at a moment’s notice to offset the up-and-down output of solar facilities and wind farms. One way to help ensure natural gas availability is have gas storage capacity close at hand. Today we look at ongoing efforts to add tens of billions of cubic feet of natural gas storage in the Western U.S., primarily to help ensure the fueling of nearby gas-fired power plants that back up variable-output solar and wind.

The interconnectedness of the crude oil, natural gas and natural gas liquids (NGL) markets is a mantra of ours in the RBN blogosphere. Another joined-at-the-hip connection that gets less attention is the one between natural gas and renewable energy.

The gas/renewables link relates to the fact that solar and wind—the two renewable-energy sources whose development and use have been rising exponentially the past few years—produce power efficiently and without any fuel costs, but only intermittently (when the sun shines and the wind blows). While experience has given electric-grid operators an ever-improving ability to anticipate the ramping up and down of both solar and wind output, there will always be variability—surprises too—in how much power solar facilities and wind farm produce, as well as a need to replace renewable-energy drop-offs with power from other generation sources. As it turns out, modern gas-fired power plants—either “simple-cycle” combustion turbines (CTs) or “combined-cycle” plants—are the most flexible and most responsive in that their output can pretty much be dialed up or down on an as-needed basis.

But gas-fired power plants need gas to run, and sufficient pipeline gas supply (at the moment it’s needed) is not a given. Enter gas storage capacity, which in much of the rest of the country is used primarily to stockpile excess gas each spring through fall for winter-time consumption, but which also plays a year-round, day-to-day role in ensuring that regional pipeline networks stay balanced.

Sophia needed a new pair of sunglasses yesterday; the winter sun in north Texas can be quite brighta t 4:00 p.m. when she is getting out of Tutor Time.

At the mall, she saw the Ray-Ban Sunglasses kiosk and picker out a pair. $95.

Her mom thought not. 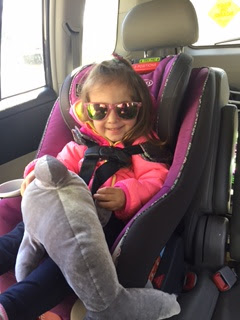