Some random notes from Whiting's February 5, 2013, corporation presentation. Many of these random comments are simply from the slides and taken out of context. Some numbers rounded.

Again, this presentation is for my benefit to help me understand the Bakken and to keep track of it. I may have misunderstood some slides and there may be typographical errors.

An interesting graphic of 12-month average production by operator for Bakken and TF wells drilled since January 2009, for operators with 10 wells or greater: 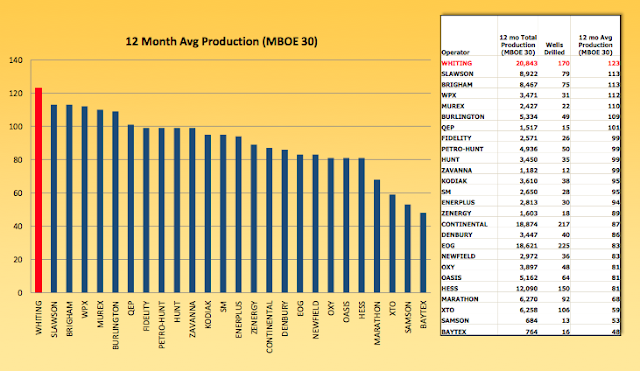 Interesting graphic of MB/TF vs Pronghorn in L&C, Hidden Bench: the average 30-, 60-, and 90-day rates for the Pronghorn exceed the Sanish -- Bakken & Three Forks