Wow, how many times has it been said: Saudi Arabia can't "make it' on $60 oil? More corroboration / more validation: 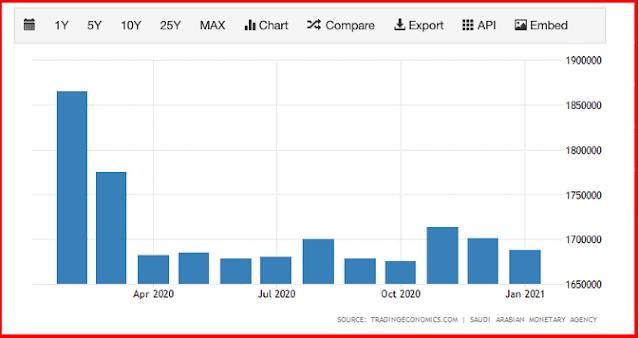 It doesn't matter how Saudi Arabia spins this story, this is really, really bad news.

Remember: January is a 31-day month; February, at least here in the USA, is a 28-day month.

All things being equal, February, 2021, should be significantly worse.

All things being equal, February, 2021, should be significantly worse.

So, how did the Saudis do in February?

But not only that, it's the lowest in twelve months and this was at a time when the price of oil was starting to turn (?) and the global economy was improving .... except for that nasty cold spell in Texas, and most of the US for that matter.

This is incredible. I knew it was going to be bad (all things being equal) but I never expected it to be this bad. 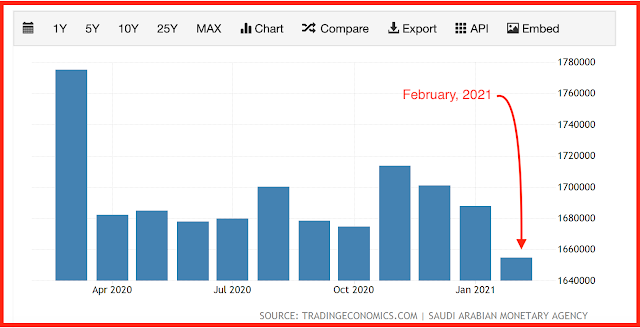 From the linked source:

It appears this is the lowest in recent history for Saudi Arabia.

Two more links for the archives:

The Line (Arabic: ذا لاين‎) is a proposed smart city in Saudi Arabia in Neom, Tabuk that will have no cars, no streets, and no carbon emissions.

The city is part of Saudi Vision 2030 project, which Saudi Arabia claims will create 380,000 jobs and add $48 billion to the country's GDP.