The race is on to build Texas’ first offshore oil-exporting terminal that could accommodate the world’s largest crude-carrying vessels.

The global commodities trading firm Trafigura Group will announce Monday that it plans to build the Texas Gulf Terminals Project in the Gulf of Mexico, off the coast from Corpus Christi. An offshore terminal would avoid port traffic and float in waters deep enough to handle the largest ships. Trafigura is unveiling the project almost three weeks after the Houston energy company Enterprise Products Partners said it plans to build an even larger offshore oil exporting terminal south of Galveston.


RBN Energy: the rollicking return of CBR in western Canada.


Rising crude oil production in Western Canada, filled-to-the-brim pipelines out of the region, and yet another blowout in the price spread between Western Canadian Select (WCS) and West Texas Intermediate (WTI) are combining to spur a genuine revival in crude-by-rail (CBR) shipments from Canada to the U.S. CBR has helped out Western Canadian producers before, moving increasing volumes south through 2011-14 until new pipeline capacity came online. But this time, the number of barrels being moved out of Western Canada by rail is already moving into record territory, and — with the addition of incremental pipeline capacity still at least a year away, and maybe more — railed volumes are likely to continue rising in the months to come. Today, we discuss recent developments and what producers, shippers and railroads see coming in the months ahead.

There’s a dance of sorts going on between producers and railroads. Producers don’t want to sign long-term CBR contracts because new pipeline capacity will eventually come online, and when it does the WCS-WTI spread would likely return to the $10-to-$15/bbl range (reflecting pipeline tariff costs of $9 or $10/bbl plus a quality-related cost adjustment), putting $20/bbl CBR way out of the money. Railroads won’t commit to adding capacity or service because they know from experience that as soon as new pipes get built, their business will subside. Both CP Rail and CN are pressing shippers to enter multiyear, “take-or-pay” contracts for rail services.

Cenovus, a major WCSB producer with a 100-Mb/d crude-loading terminal near Edmonton (the Bruderheim Energy Terminal), confirmed that activity at Bruderheim picked up in the second quarter and will be increasing further through the second half of 2018. Cenovus believes shippers and railroads will find a middle ground on commitment duration and rail fees that will enable the railroads to transport more crude by rail this year and next.

Pipeline constraints will be a fact of life in Western Canada for another year or more, which means we’re likely to see more $20/bbl-plus differentials between WCS and WTI,more restarts of long-idled rail terminal capacity and more take- or pay-deals with railroads.

But last night-- wow, she inhaled two half ears of corn and then a huge single ear of corn. And I have to admit: it really was very, very good corn. Must have come from Texas. I should have taken a picture of how big the ears were -- twice what I was used to when growing up in Williston. 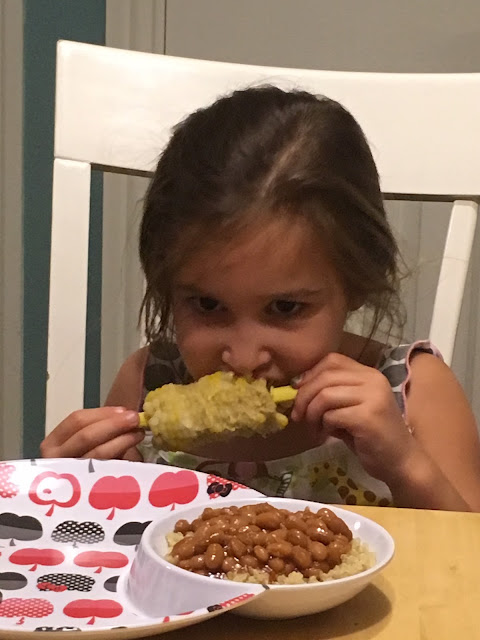