January 20, 2018, T+364: day one of the (partial) government shutdown. Washington hotels and restaurants will be the first to feel the pain. Commuters will love the wide open roads in and out of DC.

January 12, 2018, T+356: Trump questions why immigrants come from shithole countries and the mainstream media goes wild. Wait until he drops the "F-bomb" -- like Joe Biden did some years ago, and did so on more than one occasion. 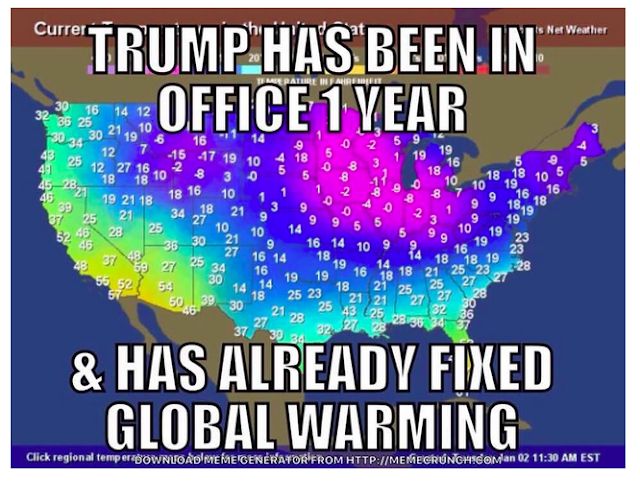 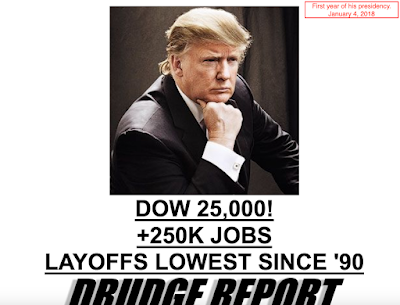 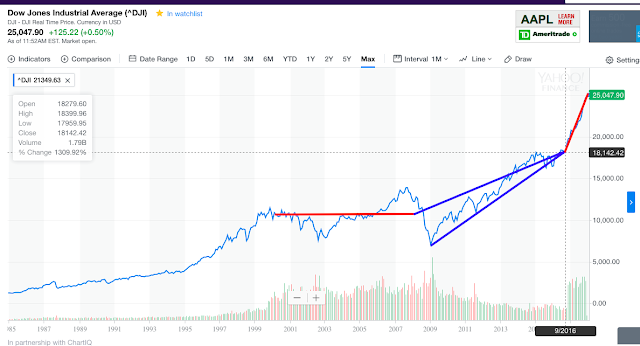 January 3, 2018, T+347: Iran imploding? NOKO willing to talk to SOKO directly. Will suspend military exercises during Winter Olympics. I can't imagine this happened in a vacuum.

December 29, 2017, T+342: CNN fascinated for three days now by a "white truck" obstructing their view of President Trump golfing. It's gotten so bad, the other networks are parodying their coverage. Some noted that while CNN is fascinated by a white truck obstructing their view, CNN never seemed concerned about Bill Clinton's plane parked on the tarmac along with the plane of the US attorney general when Hillary was being investigated by the FBI during the campaign. Just saying.

December 27, 2017, T+340: has Al Franken resigned yet? This is the longest "resignation" in history. He will hold out to the last minute to qualify for full senate retirement pay and benefits.

December 25, 2017, T+338: Merry Christmas. Trump gets standing ovation at / in church. "Merry Christmas" is now coming back into vogue, some are saying. US announces $285 million cut in UN operating budget.

December 22, 2017, T+335: President Trump signs the tax bill. He notes that President Truman holds the all-time record for most legislation passed in one year ... until now. President Trump now holds that record. I did not know that; the media has not mentioned that once.