North Dakota And New York Have Something In Common -- November 29, 2017

Some years ago a reader from New York complained that North Dakota was "taking" more federal money than the state sent to Washington (DC). Not so fast. Of the top ten states ranked on how much each state citizen sends to Washington (DC), North Dakota is #5, right behind Massachusetts (#4) and only two behind New York (#3).  The top four are NJ, CT, NY, and MA ... and then comes ND.

And the difference between New York (-$2,425) and North Dakota (-$2,253) is statistically insignificant and probably not reproducible.

In fact, of the top ten states sending more money to DC than getting in return, five flyover states are on the list. Most surprisingly, New Hampshire is #8: my hunch is that a lot of wealthy Bostonians are residents of New Hampshire. 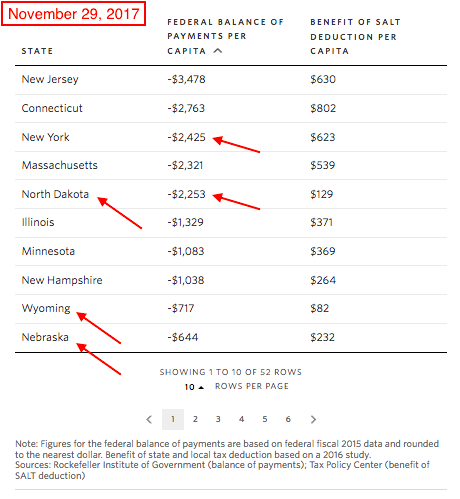 The average for the US: each US citizen on average gets back $1,350 in "federal balance of payments." North Dakota and New York are both on the wrong end of the list. LOL. 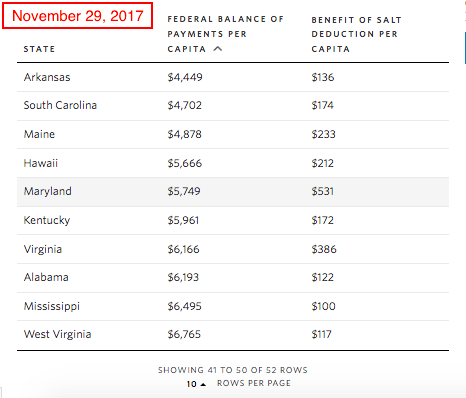 Almost every American Airlines pilot will be on vacation during Christmas. I can't make this stuff up.