Random Look At Unusual Configuration Of Whiting Wells In Area Of A Microseismic Array -- March 15, 2017

I may complete the narrative regarding these two screenshots at a later date, but for now this should suffice.

This interesting configuration of wells in section 6-153-92, Sanish oil field: 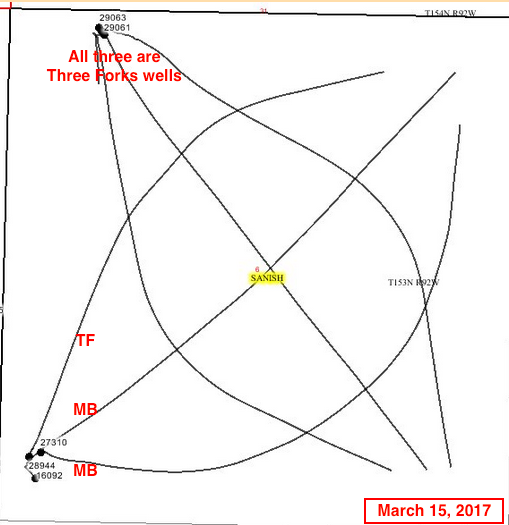 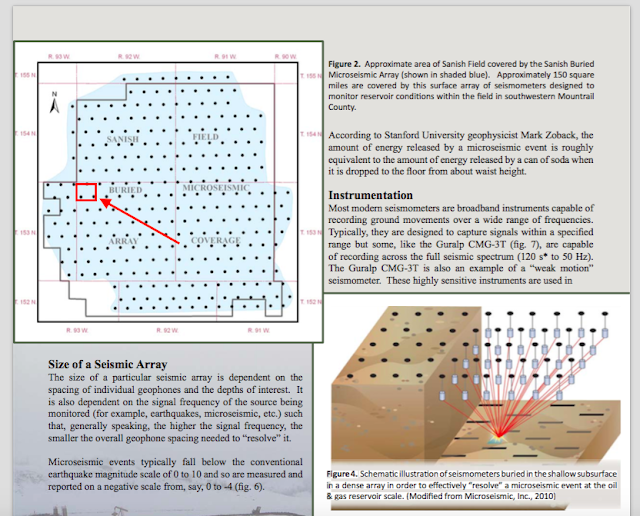 The two middle Bakken wells were drilled somewhat earlier (a couple of years earlier) than the four Three Forks wells.

All four Three Forks were completed / tested almost simultaneously (within a few days/weeks of each other).

All six wells were mediocre at best; most of the wells I would consider poor wells, and even more so considering they are in the Sanish oil field.
Posted by Bruce Oksol at 1:54 AM