August 16, 2015: I lose track of things in the Bakken. I vaguely remember blogging about a staggering number of wells that would be necessary to drill out the Bakken. When I wrote the original post (below) and then the update yesterday, I thought I was missing something. I knew I was one of the first to suggest 48,000 wells would be needed, but I also knew that I had posted a much bigger number, but just couldn't find it yesterday.

I stumbled across one such post (but there are others, and if I find those posts I will post them. Anyway, back on April 11, 2014, it was suggested that as many as 120,000 wells might be necessary to drill out the Bakken before it's all over.

August 15, 2015: the Bakken boom began in 2007. It's taken almost eight years to get to 10,000 wells, one-sixth of what is projected to drill out the Bakken. The early years did not see as many wells as in the 5th and 6th and 7th years, but now with the price of oil, the number of wells being drilled will also decrease. So, let's say it takes about five (5) years to drill 10,000 wells (2,000 wells/year -- which is about right). One-sixth of all wells takes five (5) years; that means about 25 more years of drilling, taking us out to 2040 of active drilling the Bakken / Three Forks. My hunch is that it will take a lot more than 60,000 wells and a lot longer than 25 years of drilling.


Original Post
If I ever run across my early posts suggesting that it would take upwards of 48,000 wells to drill out the Bakken I will link them again for archival purposes. I can't recall if I ever suggested more than 48,000 wells, but this was at a time when they were looking at significantly fewer, maybe 20,000 wells (which looking back is incredibly hard to believe).

Today there is an article in The Dickinson Press suggesting it will take 60,000 wells to drill out the Bakken/Three Forks and to date, 1/6th have been drilled.


I have a PowerPoint presentation from April, 2013, by Rollefstad (Williston's economic director at the time). If I remember correctly, this was one he posted and then quickly took down (I think there were some "borrowed" slides from corporate presentations he realized he could not use), but fortunately I saved it.

This was before they even talked about a) lower TF benches; b) mega-fracks.
At the right price, most of the Bakken, even the outlying areas will have 4/4 (MB/TF) wells in each 1280 and in the sweet spots, way, way more.

This will be another good article for the archives.

At $15 oil, they've probably drilled every well they will drill in the Bakken.

At the linked article:


Oil companies have drilled one-sixth of the potential Bakken and Three Forks wells in North Dakota, exceeding 10,000 wells in the shale formations for the first time in June.
The state’s oil production rose slightly in June to more than 1.2 million barrels per day, the second-highest production month behind only last December, the Department of Mineral Resources said Friday.

The nearly 1 percent increase in oil production was driven by companies that were aggressive in fracking and completing oil wells in June, Director Lynn Helms said.
Helms said the current number of active drilling rigs - 74 on Friday - and the inventory of wells that needs to be completed is sufficient to maintain production of 1.2 million barrels per day for 24 months.

“We think that we’re in a period of sustained low prices. It could last two years,” Helms said. “The capacity is there to maintain North Dakota production for a full two years even at these sustained low prices. It’s going to be a long, difficult period.”In June and July, the department saw a surge in drilling permit applications with operators optimistic about oil prices, Helms said.

But "everyone" (I assume) expects things to get worse before they get better.

Everything else in the article can be found at the Director's Cut.

However, there is one huge data point in this month's Director's Cut (June, 2015 data) from previous data points. 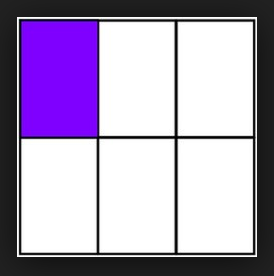