Later, 11:35 a.m. Central Time: this is why I love to blog. Earlier today I noted a story that I thought was quite amazing: Saudi Arabia saying that a) it had cut production to less than 10 million bopd in January; and, b) that it planned to cut deeper. I thought that was pretty remarkable, deserving of a headline story over at CNBC (maybe next week). But Zacks caught it:


Saudi surprised the world bycutting oil output to less than 10 million barrels a day, which is below its pre-set level, and indicating a renewal of its plans to slash crude output in six months. With this, the world’s biggest oil exporter is currently pumping at a 22-month low.

Later, 9:21 a.m. Central Time: there's a big article, page B10, Friday's print edition of The Wall Street Journal, talking about the difficulty OPEC will have getting the price of oil to rise. The big problem: huge global reserves. Part of the problem is the huge amount of oil placed in storage when price of oil dropped so low, part of Saudi's trillion-dollar mistake. OPEC says this "storage" is their chief "enemy," not US shale producers. Wink, wink.


The problem: no one knows how much oil is actually in storage around the world:
While most industrialized nations publish data about oil storage, an increasing proportion of inventories are stored in Asian countries that don't publicize such data. Russia, the world's largest oil producer, stopped publishing such information in 2009. Singaport, a storage and refining hub, keeps storage numbers secret for refiner, which consider the information proprietary.

OPEC will need to force prices up quickly to move oil out of storage, pushing the market into backwardation -- a term that means oil is more expensive today than in the future. Storing oil generally works only when traders believe they can sell for higher prices in the future (contango). 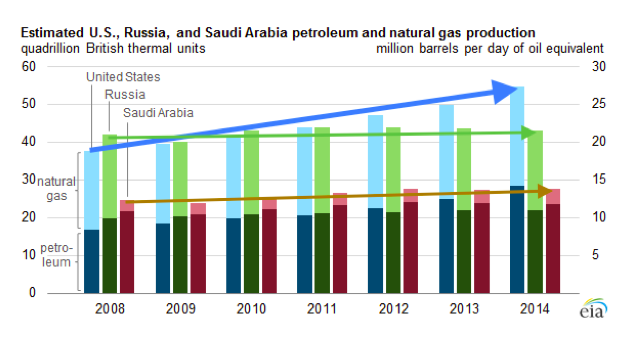 Mexico: Rigzone looks at "what's next" for Mexico's energy sector. Average production was 2.3 million bopd in 2015, the lowest level since 1981.


Wood predicts that PEMEX’s production will fall below 2 million barrels per day (MMbpd) over the next 12 to 18 months because of Mexico’s aging oil and gas fields. Optimistically, Mexico’s production will climb above 2 MMbpd in 2020.


We are talking about more extensive coverage on the west and east coast as well as expansions in states currently without any stations, like North Dakota or Arkansas, that were supposed to get some Superchargers in 2016, but which are now on the 2017 map.

Last night, Tesla updated the Supercharger network map on its website to show its expansion plans for next year. With only a few weeks left in 2016, the company had fallen behind on its 2016 expansion plans for its network of DC fast-charging stations and the current Supercharger maps, which should have looked like the “2016 maps,” were missing several stations. 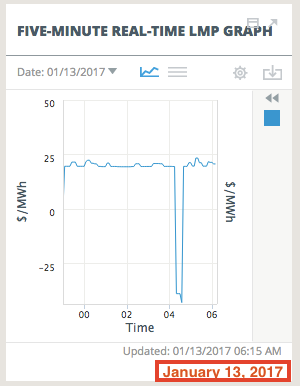 India: low-cost airline to buy up to 205 new Boeing planes.

California: that didn't last long. Wasn't it just last year we were told California budget looked great? Maybe it was two years ago. Whatever. Governor Brown notes that the deficit is back: $1.6 billion. This morning -- on some cable news network, which I now forget -- said that public schools could expect not getting the $1.2 billion they otherwise might have gotten -- whatever that means. From The Los Angeles Times:


Brown's budget does not take into account a repeal of the Affordable Care Act, which would be unlikely to happen during the fiscal year at hand. But the governor made clear such a rollback could have a significant impact on California, where federal subsidies to Medi-Cal now top $16 billion.


Shipping companies now know that within three years all vessels involved in international trade will be required to use fuel with a sulfur content of 0.5% or less—an aggressive standard, considering that in most of the world today, ships are currently allowed to use heavy fuel oil (HFO) bunker fuel with up to 3.5% sulfur.

This is a big deal.

Ships now consume about half of the world’s residual-based heavy fuel oil, but starting in January 2020 they can’t—at least in HFO’s current form. How will the global fuels market react to a change that would theoretically eliminate roughly half the demand for residual fuels? How will ship owners comply with the rule? What are their options?

Today we discuss the much-lower cap on sulfur in bunker fuels approved by the International Marine Organization, and what it means for shippers and refineries.
The international shipping industry is a major energy consumer, and for that reason we’ve blogged about it often.

We talked about how the International Maritime Organization (IMO) in recent years has been implementing rules that gradually reduce emissions of sulfur (sulphur for many of our non-American readers). In January 2012, the “global” cap on sulfur content in marine fuel was reduced to 3.5% (from the old 4.5%), and in January 2020 (per an IMO decision in October 2016) it will be reduced to a much stiffer 0.5% sulfur cap. There has been an even tougher standard (a 0.1% sulfur cap) in place in the IMO’s “Sulphur Emission Control Areas” (SECAs, or sometimes ECAs), which include Europe’s Baltic and North seas and (more recently) areas within 200 nautical miles of the U.S. and Canadian coasts.