West Texas Intermediate has risen by the same amount, and North Dakota Light Sweet crude has risen by $2.30 a barrel. The moral of this litany: the price of crude does not appear to have much to do with proximity to a port where crude can be loaded for export.

That may all change as time passes, but any large near-term impact on crude prices really doesn't look like it's in the cards. The horse race to load and ship the first cargo is mainly a race for bragging rights. At this point, Conoco and NuStar appear to be leading into the backstretch.

I doubt these guys are doing this for bragging rights.


Two Texas energy companies claim to have taken the lead in the race to ship the first U.S. crude oil following the end of a 40-year ban.


The U.S. restricted most exports of unrefined crude as part of its response to the Arab oil embargo that caused fuel shortages in the earlier 1970s. For decades it didn’t much matter, as declining U.S. oil production and rising demand put the focus on imports.

U.S. companies were already allowed to export oil to Canada, and boosted shipments to almost 500,000 barrels a day this year. That’s more than some members of the Organization of Petroleum Exporting Countries export.

West Texas Intermediate, the U.S. benchmark crude, settled at $37.50 a barrel Wednesday, 14 cents higher than Brent, the international marker. Brent has been more expensive than WTI for most of the past five years, reaching a premium of $27.88 a barrel in 2011.

Original Post
This is a big, big story. I've only posted a few paragraphs from the story but the Platts story (linked below) is a must-read for those interested in the US light crude oil export story. I don't know if the link will eventually be broken, but I've archived the article.

The 600,000 barrel cargo of domestic light crude oil is scheduled to load from the Enterprise Hydrocarbon Terminal (EHT), Enterprise said.

Enterprise made the announcement on its website Wednesday morning saying it had "agreed to provide pipeline and marine terminal services to load its first export of crude oil produced in the United States under the law enacted earlier this month."

The name of the crude oil is South Texas Sweet crude with a 46-48 API gravity.

Remember: less than a week ago, analysts said there was no market for US light crude oil. I thought the same thing. We were all wrong. Memo to self: send note to RayJa and Mr Hirs. 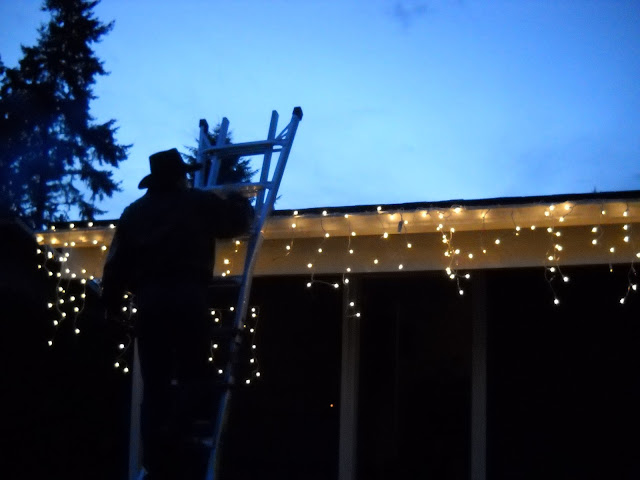 Photo by daughter Laura, from Portland, OR.

I will bet that Bette Midler's walk-in closet in her guest room is bigger than our entire 700-square foot apartment.

I will bet that Bette Midler's kitchen sink is bigger than our bathtub.

One (of many things) that I won't bet on is who owns more SUVs: Bette Midler or Algore. Too close to call, but I would give the edge to Algore since he owns more homes.

BlackLivesMatter have just about worn out their welcome in the Twin Cities, I suppose. They're getting a lot more press than they deserve; it looks like the MOA demonstration was a bust, and the airport demonstration merely infuriated thousands of travelers. This is probably the best example of piss-poor planning -- disrupting Christmas shoppers and folks trying to get to the airport during the busiest season of the year. BlackLivesMatter certainly won few friends in MSP today. [Fail: at 8:00 p.m. Central Time, same day, this story was not even linked at Drudge Report. Turned out to be a non-story except for disrupting the lives of thousands of folks simply trying to get to the airport during the busiest time of the year.] [December 24, 2015, 9:01 p.m. Central Time: they continue to wear out their welcome. Politicians aren't watching; they are all on vacation. Law-abiding folks who just want to go on about their business are getting a mite tired of all this. By the way, another fail; the only national news media carrying the story is the most liberal Los Angeles Times. ]


That's the exact location of a magnitude 4.4 quake at 10:45 p.m. - the biggest in a swarm of six quakes that hit Reno - according to the Nevada Seismological Laboratory at the University of Nevada, Reno....