I have to bike home, and then get Sophia ready for TutorTime and take her to school. Hopefully I will be back on the net by 9:00 a.m. Central Time.

This is the name of the "effort" by "numerous indigenous groups" to buy a stake in the Trans Mountain pipeline from Alberta to the west coast of Canada.

On another note, this is cool -- the use of the word "riding" -- something we've talked about before. 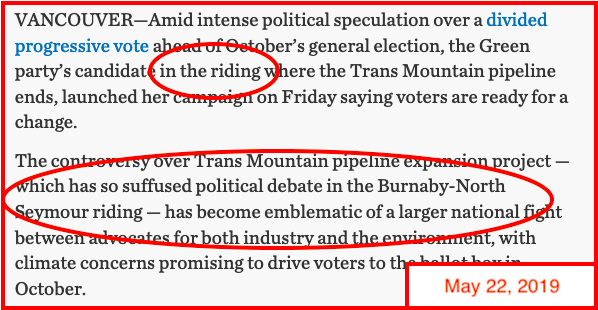 Later today, the EIA will post its weekly US crude oil inventory data. Big_Orrin over at twitter says that based on API "actual inventories" this will be the EIA forecast:

Link here. I don't know about "you," but I find these stories absolutely fascinating. Here's another one. Saudi Aramco agrees to buy a stake in Sempra Energy's Texas LNG export terminal. This is Aramco's first entry into production of oil or gas outside Saudi Arabia.


Aramco can potentially ship the LNG home to the kingdom’s power plants or trade it globally. The state-owned company and Sempra signed a preliminary agreement to acquire a 25% stake in the plant, but didn’t disclose the value of the potential deal.

A recent transaction could give a guideline for what the deal is worth. France’s Total SA paid about $1.5 billion for the LNG assets of utility Engie SA, which included shares in Sempra’s Cameron LNG plant in the U.S.

See "Prince Salman's 2030" link at the sidebar at the right.

When I see a headline like the one below -- freak snow -- it tells me two things. Folks have not been following the weather for the last ten years; and, folks do not understand the cycle of sunspots.