Refinery inputs increased slightly over the past week compared to the previous week, but not worth talking about.

US crude oil inventories (excluding the SPR) decreased by 3.2 million bbls from the previous week, a decrease but not particularly noteworthy, and probably a reflection of increased refinery utilization and increased gasoline demand during the summer driving season. Total gasoline inventories decreased by 1.2 million bbls but remain in the middle of the average range.

A rather unremarkable report.

Normally when I finish a long bike ride and end up at Starbucks, I order a bottle of sparkling water for $1.89 plus tax (San Pellegrino). Last night, the barista said I should try the Starbucks Fizzio water -- more water and only 54 cents. Yes, I've tried it and it's incredible. Refreshing. Can't beat the price. Also, I think I'm capturing CO2 -- one of those nasty green house gases. Oh, that reminds me. The other day on NPR, "they" were talking about global warming (yes, global warming, not climate change). For a moment it got a bit "inconvenient" when the host asked about CO2, and the warmist said, "oh, yes, it's everywhere. Right now we're breathing it." OMG. I found it clever/cute/disingenuous to say we're "breathing" CO2. In fact, we inhale oxygen (and minuscule amounts of CO2) and exhale CO2. Of course, our exhaling CO2 adds to environmental CO2, I suppose, but the warmist caught herself -- and simply said "we're breathing CO2 right now." OMG.

But now this: the "warmer-in-chief" has agreed that not only is the Antarctic sea ice expanding but the extent of the expansion has set two records in the past two weeks. In addition, the "warmer-in-chief" says the entire amount of sea ice -- globally -- is increasing, and has increased. [By the way, regular readers are well aware that a) sea has increased globally over the past few years; b) Antarctic is the "biggie"; in comparison, Arctic ice is insignificant/inconsequential to the whole discussion. Wht is new is that the "warmer-in-chief" concedes (?) that the Antarctic is increasing in extent, despite all those video shots of icebergs falling off the continent into the sea.]

But the "warmer-in-chief" says this is counter-intuitive, with regard to "global warming." [I think he still uses the phrase "global warming," not "climate change."] In fact, he says, it is expected that global sea ice would expand with global warming.

Whether you are a warmer or a denier, and for the record, I am agnostic on the issue, it must now be agreed that tracking sea ice is pretty meaningless. Or maybe it's not meaningless. Maybe, if the "warmer-in-chief" is correct, then expanding sea ice confirms that there is global warming.

I do know this: the polar bear population is increasing. That, too, has been verified by polarbearologists (or more correctly, ursusmaritimusists).

Don't even get me started: 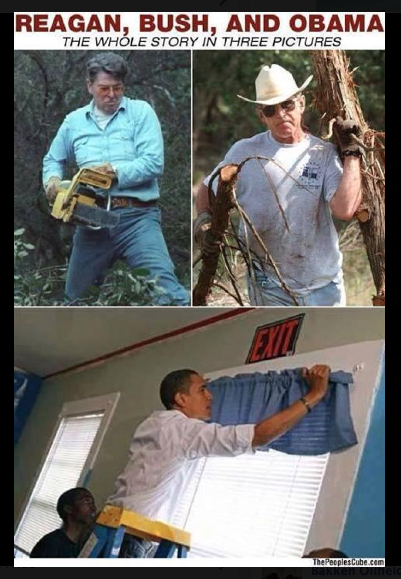 Another source reporting on record Antarctic ice from IceAgeNow:


Earlier this year, global warming was blamed for the ‘irreversible retreat’ of west Antarctic glaciers. But now scientists claim that warming of the planet is in fact behind a paradoxical growth in South Pole sea ice.

That  claim was made by Mark Serreze, director of the National Snow and Ice Data Centre, when speaking to Harold Ambler at Talking About the Weather.

The shift is supposedly caused by water melting from beneath the Antarctic ice shelves, which is then somehow, magically, re-frozen back at the surface, increasing the amount of sea ice.

That is a HUGE amount of ice!

How many states would be covered if that 815,239 square miles of ice were on land?
Would you believe the entire eastern one-third of the United States?

And that’s not even TOTAL ice. That’s just the amount of ice that’s above normal.

They’re trying to tell us that global warming has created enough new ice to cover the eastern one-third of the United States?