Prior to Biden Election

Periodically I post a commentary to bring readers up to date with regard to my interests other than the Bakken. These are the major stories that currently interest me. This post will be linked at the block of commentaries at the sidebar at the right.

The big migration, commercial and residential, the meme.

NYC: another national lock down will be the final nail in this city's coffin.

Mexico going down the road to Venezuela: 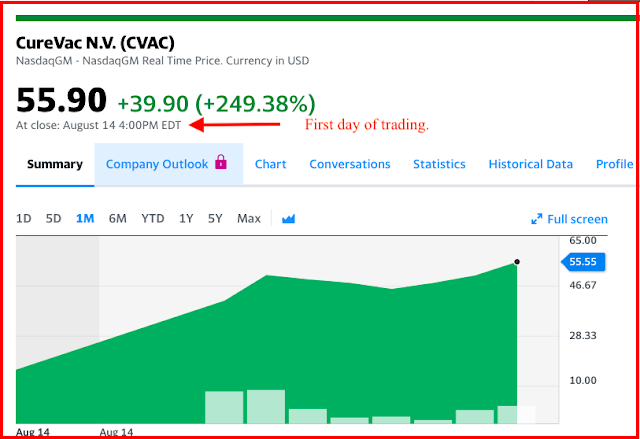 American companies that fascinate me:

Companies that don't fascinate me:

EVs are not on my radar scope: new page here.

Re-posting. This is an incredibly good article on so many levels.

Flood of cash for investors:


Big Oil's renewable shift seen flooding investors with cash -- Bloomberg. Early this week COP made a huge announcement along this same line. COP is linked at the sidebar at the right. The story has a data point that I brought up years ago and no one else has mentioned it until now. [Obviously it's been mentioned before/elsewhere but I've not been able to find other examples.]


Shareholders of global oil giants will be “drowned” in cash from dividends and buybacks for the next 20 years as the firms shift their capital structure to finance renewable projects, according to Rystad Energy.

Majors such as Exxon Mobil Corp. and Chevron Corp. have traditionally had to hoard cash as they looked to their own balance sheets to fund billion-dollar megaprojects, founder Jarand Rystad said at his firm’s annual summit in Singapore.

That will change as they gravitate to wind and solar projects, which tap debt markets backed by project financing for as much as 95% of their cost, he said.

The shift will create huge amounts of surplus cash that majors can return to investors as they increasingly tap pension funds and other lenders for lower-risk renewable projects, said Rystad. It underscores the massive changes oil and gas giants will need to undertake as they transition to wind and solar projects, the fastest-growing sources of energy.

Again, this is from Bloomberg, not a source that is usually inappropriately exuberant about Big Oil. LOL.

It would be interesting for the analysts who wrote the article above (and the studies that led to the story) respond. My hunch is that though things look bleak right now, the final chapter has not yet been written on this subject.