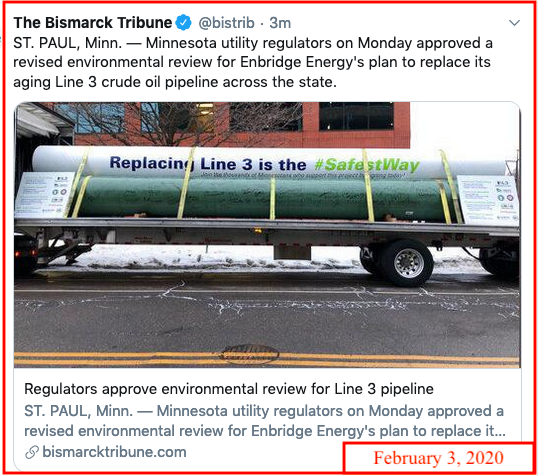 
Enbridge Inc. has cleared the last remaining hurdle before it can begin construction on replacing its $9-billion Line 3 pipeline project running from Edmonton to Superior in Wisconsin.

The Minnesota Public Utilities Commission (PUC) voted 3-1 on Monday to both accept a revised environmental impact statement and to issue a ‘certificate of need’ for the Line 3 pipeline replacement project through the state, which resolves the last remaining regulatory hurdle before the 390,000-barrel-per-day pipeline project.

“There is no dispute that the current pipeline was built in the 1960s and is corroding and operating at about half its normal capacity,” said Commissioner Valerie Means as she prepared to vote in favour of the granting Enbridge a certificate of need for the pipeline.

I follow pipelines of interest here, although this page has not been updated in ages.

Sophia is 5.5 years old and is already learning coding.

Her older sisters learned coding at UT-Dallas a couple of summers ago.