Saudi attack: tea leaves / from twitter past twenty-four hours or so --
But look at this, link here: 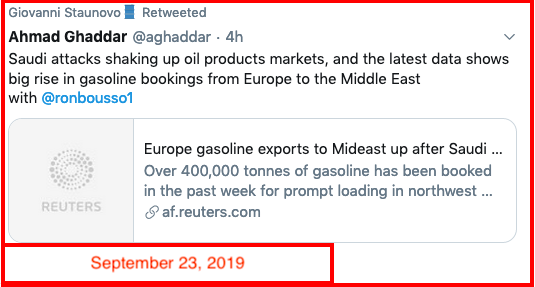 
Gasoline exports from Europe to the Middle East and Asia are set to surge this week after recent attacks on Saudi Arabia’s oil facilities crippled output at the kingdom’s refineries.

One can opine / prognosticate all one wants on twitter, but when the actual data starts filtering in, then we can get serious. And this is serious.  500,000 bpd vs 60,000 bpd. Rounding, that's 10x.

So much for that Saudi Aramco IPO.

From the graphic at the linked article, these are Saudi's refineries, and capacity or throughput: 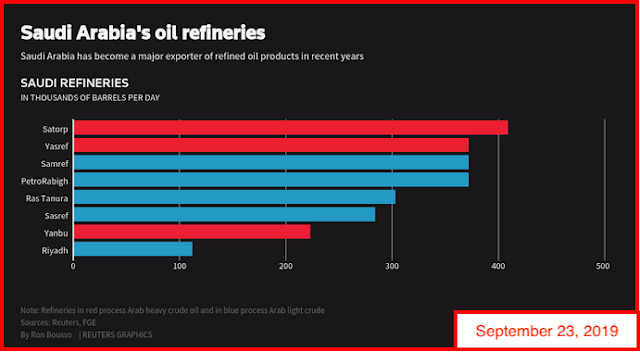 Email ThisBlogThis!Share to TwitterShare to FacebookShare to Pinterest
Labels: SaudiAttackSept2019