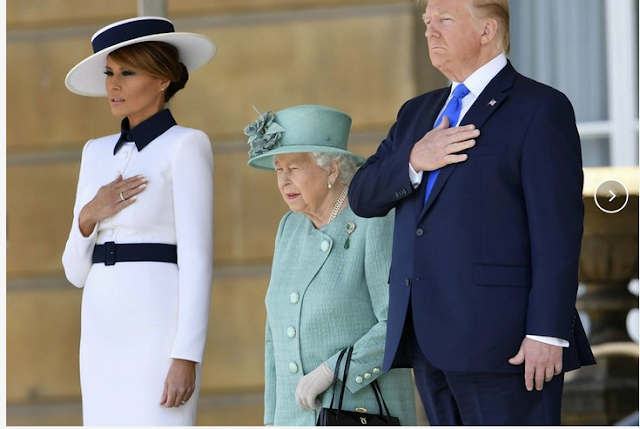 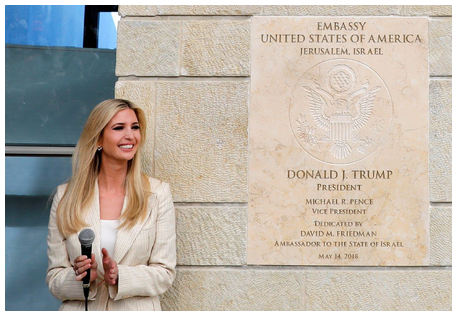 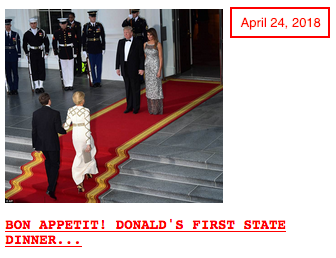 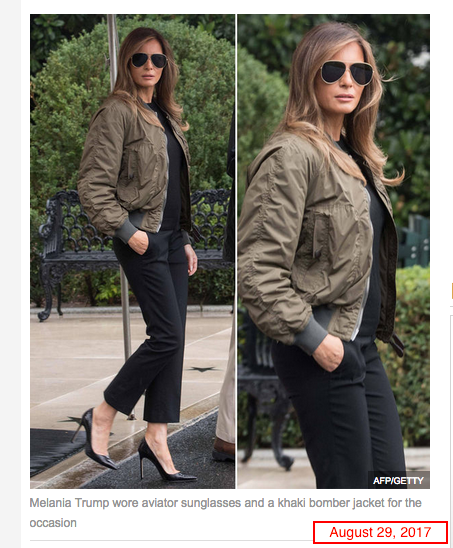 August 28, 2017, T+220: Melania will accompany President Trump to survey Hurricane Harvey's damage to Texas tomorrow. I will be watching to see if Newsweek reports on whether Melania wears heels or flats. 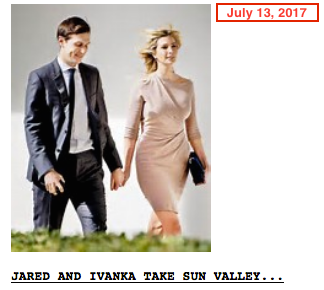 July 8, 2017: the G-20 summit. Dinner with President Putin and President Trump -- how the Trump women saved the day. 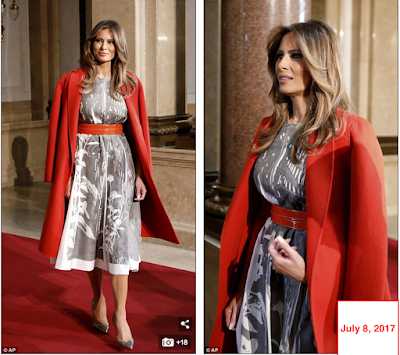 July 1, 2017: from The Washington Post, when Dad's the president, a look inside Ivanka Trump's complicated world. From the article: Donald Trump has relied on his daughter’s advice since she began working for him as a vice president at the Trump Organization, the tempered Athena to his furious Zeus. She was 24. 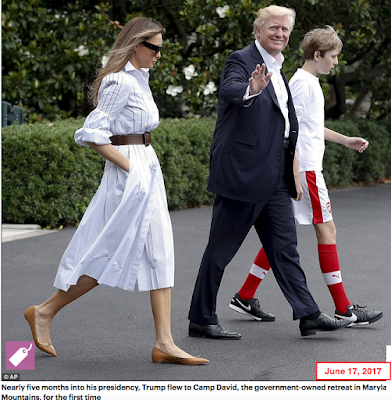 
[Wardrobe] deliveries to Trump Tower have picked up.

“Most days, the lobby is brimming with wardrobe boxes delivered for Melania,” a source told me. “Once she tries on the outfits and decides what she will keep, the boxes come back downstairs.”

Not since Jacqueline Kennedy has there been a first lady who needs less help.

“She doesn’t need couture. She can buy off the rack, and it looks beautiful,” Bloch said. “She knows her size, and she knows what works on her. She luxuriates in minimal.” [Or as Marilyn Monroe said, "I had the radio." 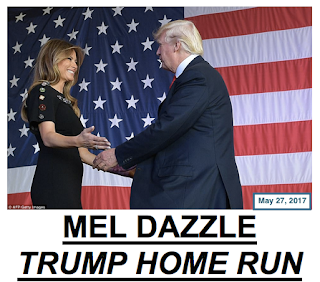 May 24, 2017: Melania to be first Catholic to live in White House since the Kennedys -- 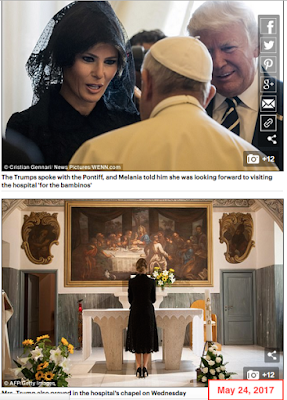 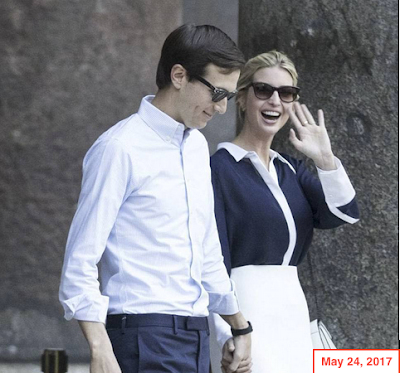 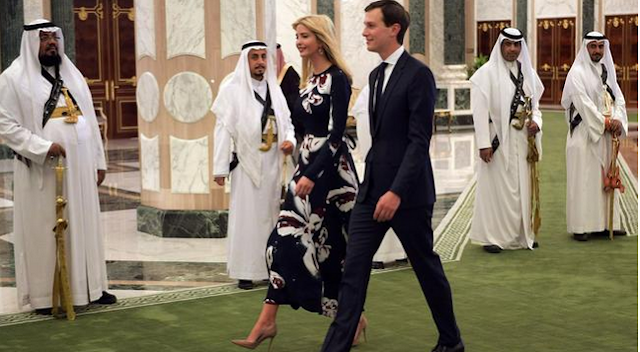 May 2, 2017: Ivanka rising. Favorable story in The New York Times. Even hints of favorable comparisons to Hillary, and then this:


By inserting herself into a scalding set of gender dynamics, she is becoming a proxy for dashed dreams of a female presidency and the debate about President Trump’s record of conduct toward women and his views on them.

April 28, 2017: Melania dedicates new healing garden. What a wonderful woman. British tabloid; not covered by the US mainstream media.


Even the Chancellor seemed to be more relaxed than usual, as did the head of the IMF, Christine Lagarde, who often makes a tough impression. The great women of world politics welcomed the White House envoy with open arms – and the latter clearly seemed to enjoy herself, laughing, joking, and whispering.

During the joint dinner, Merkel and the “First Daughter” also seemed to get along splendidly. 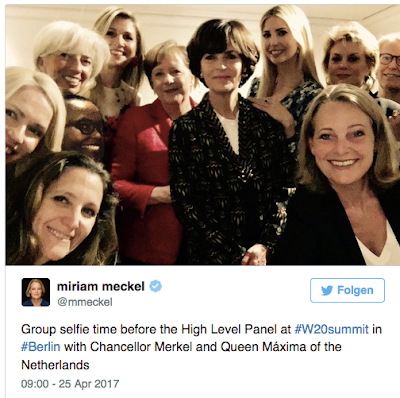 April 16, 2017: I think this may be the "most interesting" thing about the Trump presidency. It's no longer the Lincoln bedroom in the White House that is so desirable. Mar-a Lago has replaced the Lincoln bedroom. This is just one of many stories -- look at all the folks who go there when you read the article. Think about it:
Think about it; no other president has had a Mar-a-Lago venue. My hunch is that over time, Trump is going to spend more and more time at Mar-a-Lago. Gradually, a Florida "White House" will begin to take shape. 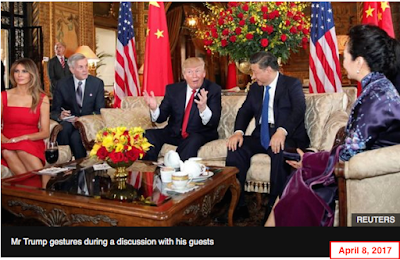 April 8, 2017: as part of the story following Trump's US naval Tomahawk attack on Syrian airfield. 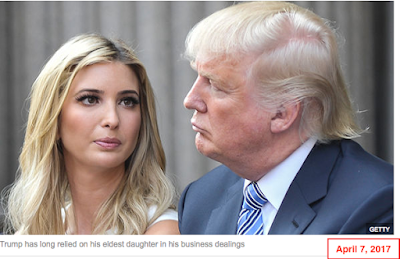 March 13, 2017: Trump will meet with Chinese President Xi Jinpin at Mar-a-Lago. Camelot rising. This is a huge story on so many levels. Planned meeting over April 6 - 7. If I did the calculations correctly this will be days 66 - 67 of Trump's presidency. Not only in the first 100 days but incredibly early in his administration. President Obama did not meet with Xi (in the US) until well into his second administration; in fact, by September, 2015, Obama was pretty much a lame Peking duck. 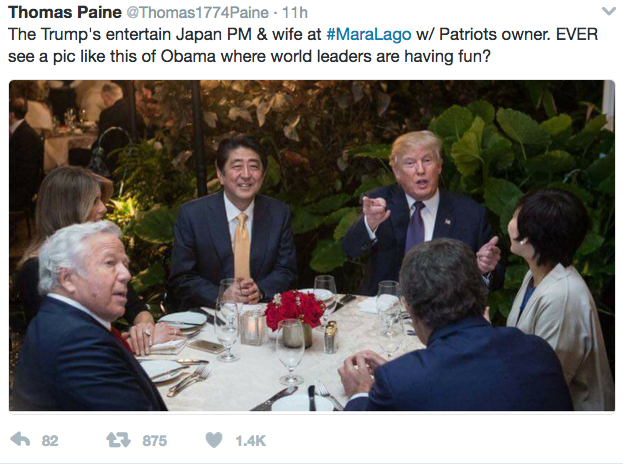 February 2, 2017: it's now being reported Melania may move into the White House at the end of her son's school year.

February 1, 2017: being reported everywhere that Melania may not move into White House ... ever. Will stay in her home in NYC. Good for her. Accompanying her dad to honor a fallen warrior, Ivanka took the roll of the First Lady. Good for her.

Inauguration: second largest rating in 36 years; perhaps the biggest once on-line viewing is counted. A lot came to watch. A lot came. Came-a-lot. Camelot.
Posted by Bruce Oksol at 1:52 PM