In the Whiting earnings call, the CEO said the rate of return on "parent-well-uplift" is "infinite." I thought that was hyperbole and at the linked post, I suggested what he might have met.

The Motley Fool has an article on this question, March 19, 2017. The Motley Fool needs to do a column on "You Won't Believe What It Costs/Bbl To Drill Oil In The Bakken!"


Later, 11:50 a.m. Central Time: in reply to the reader's comments in the original post -- I believe the NDIC has factored a lot of those questions into their analysis. The bigger question is this: how much lower can the breakeven cost go? I will comment on that later. I think a CEO of one of the Bakken operators actually touched on this some months ago. In some cases, the marginal cost trends toward $0.00 (no typo).

I really don't have time to go into this now. I'll throw out some data points, some reader's note, etc., etc., and let readers think about these things. I may or may not get back to this. 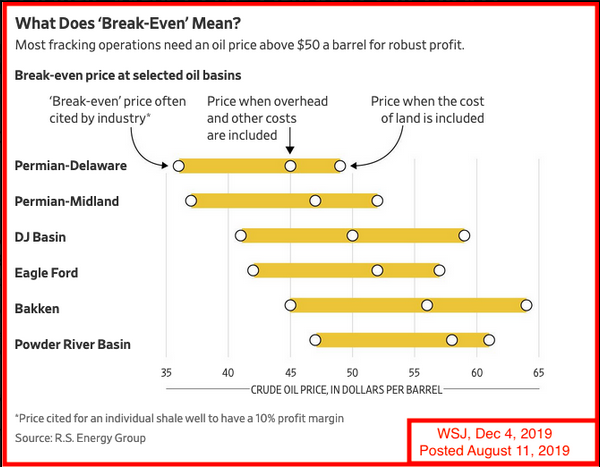 Second, the break-even prices as reported in the Director's Cut, yesterday, for June, 2019, data (look at the breakeven price for oil in Mountrail County): 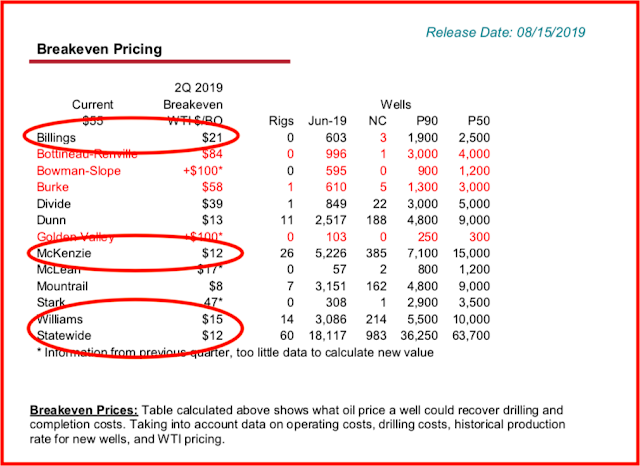 Third, comments from a reader:


More than a quick glance at the table [above] that shows well breakeven prices by ND counties and one has to question its utility.

Take the "Statewide" value, for example.

What weighting is applied to come up with $12/bo? If the same weighting is applied uniformly, for each county, don't we already have an apples and oranges issue to sort out? Then put a statewide value in the same column? New wells, in one county may be predominantly Red River, another Madison or Bakken. Wildcat or exploration vs. development wells.---I believe you actually just found a Wildcat well.

Fourth, the Bakken heat map (linked at the side bar at the right. 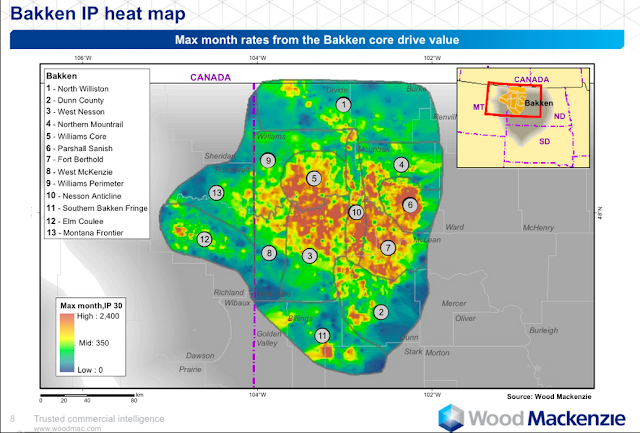 Finally, the activity in one county in the Bakken, McKenzie County. 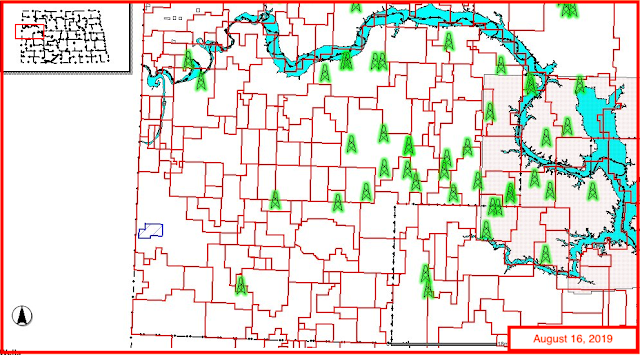 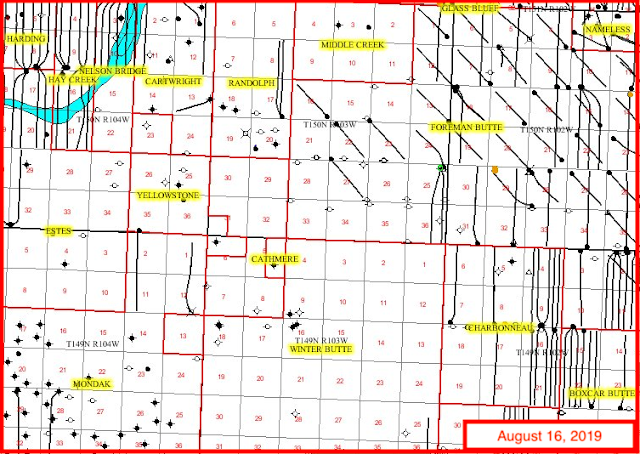 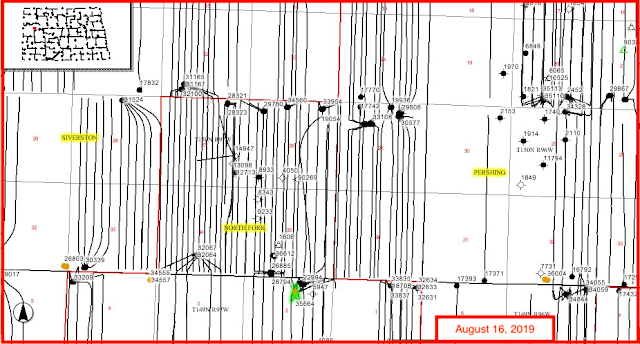