Buffett will receive an 8% return on his preferred shares to finance the deal plus warrants to buy common shares, a similar structure the financier used before in taking stakes in Bank of America Corp. and Goldman Sachs Group Inc. Icahn claimed that at least one large investor that he knows of would have provided the financing without the warrants.

Anyone who can convince Warren Buffett to spend $10 billion on shale in a 90-minute meeting has my vote.

It would be interesting to see the details. Buffett is generally pretty shrewd. My hunch: he gets his $10 billion back before OXY shareholders see their gains.


To win Anadarko, Occidental had to see off its larger rival Chevron, which took some swift manoeuvring, while the two companies had competing bids on the table. Ms Hollub flew to Omaha, Nebraska for a 90-minute meeting with Warren Buffett on April 28, securing a $10bn investment from Berkshire Hathaway that allowed her to rejig Occidental’s offer to include more cash, avoiding the need to put the deal to a vote of her own shareholders.

Long, long article. Much more at the link. Archived.


Screenshots from the FT article linked above on the OXY-Anadarko story: 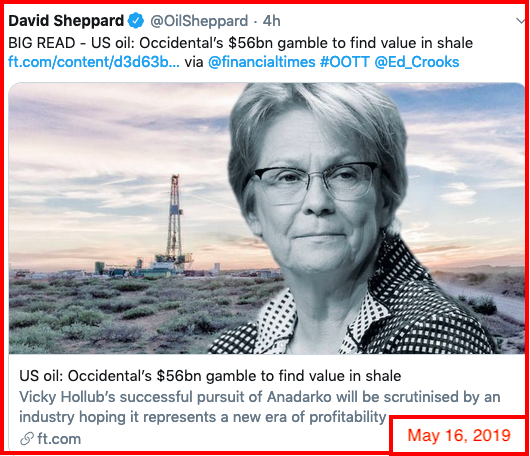 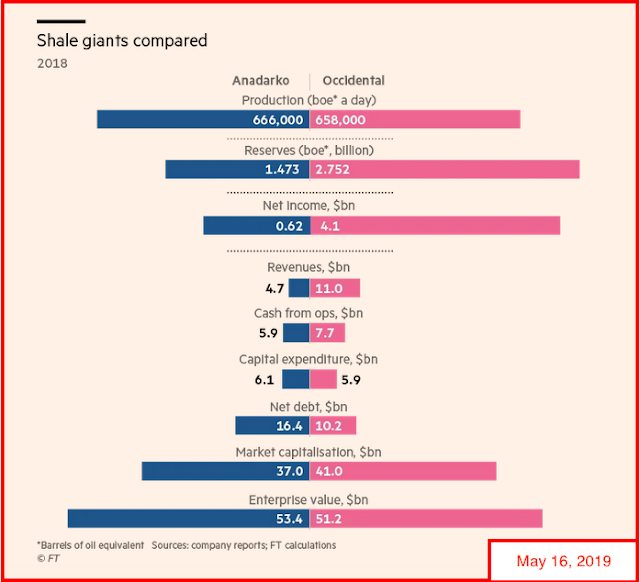 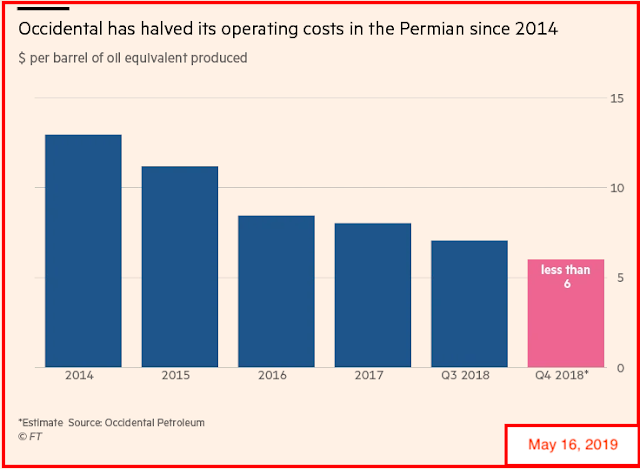