Reach For The Wall is reporting: Katie Ledecky's world record is among 'best ever' swimming performances.


She wasn’t going to make it. She must have been too tired. In the end, it must have been simply too difficult a task. No shame in that. Fifty meters remained in the second heat of the women’s 200-meter freestyle semifinals, and nobody at Kazan Arena — not the screaming fans, not the Team USA members assembled to watch their most unbeatable teammate, not the international media horde that long ago ran out of superlatives for the phenom before them — would have blamed Katie Ledecky, in seventh place at the final turn, for admitting defeat and cruising home.

She deserved credit just for attempting the impossible — a 1,500/200 “double” on the third day of the FINA World Swimming Championships, with less than 30 minutes in between. She had set another world record in that 1,500, her second of the meet and ninth of her career. So what if she failed to advance in the 200, a race she isn’t really engineered to swim? Bravo for dreaming big. Nice try, kid.

And then — here she came. And there she went, past one rival, then another, then another, and another. Kicking furiously with rubbery legs, pulling herself forward with aching arms, Ledecky surged in that final 50, touching the wall in third place, good for sixth overall in the semis, advancing — with a quarter of a second to spare — into Wednesday night’s final.


As she swims, she has said, she listens to the water, to the rhythm of her chop — in order to lock her into her chosen pace. She thinks mostly about how many laps remain, and what her race strategy is at that specific stage.

Occasionally, though, her mind drifts, even in races — even in a world championship. On Tuesday, in the middle of a 1,500 that would result in a world record — stretching to 17 seconds the total time she has shaved off the mark in the past two years — she thought about her late grandfathers.

Edward Hagan, father of her mother, Mary Gen, was a Purple Heart and Silver Star recipient from World War II, a physician and a swimming advocate whose hometown of Williston, ND, named not one but two community pools after him.

Jaromir Ledecky, father of her father David, was a Czechoslovakia native who came to America in 1947 to study English, taking his first job as a dishwasher at a Howard Johnson’s off Exit 9 of the New Jersey Turnpike and later became an economist with a PhD from NYU.

“I don’t do this very often,” Katie Ledecky said, “but at one time I did think about both my grandpas. Both have passed away, but I know both my grandmas are watching the whole championships very closely back home.”

The thoughts of her grandfathers, she said, occurred only once Tuesday, and only briefly. But when she thought of them, she said, “I dug deep.”

And now back to much less important, much more mundane news.


ExxonMobil Corp. is planning a 20,000-b/d capacity expansion at its 345,000-b/d refinery in Beaumont, TX, to accommodate increased processing of US light crudes.
In addition to boosting the refinery’s capacity to process light crudes from US shale, the expansion project would contribute to improved energy efficiency at the Beaumont plant.

ExxonMobil recently completed a metallurgy upgrade project at the Beaumont refinery to expand the plant’s capacity to process heavy Canadian crude, the company said in its 2014 annual report to investors released earlier this year. 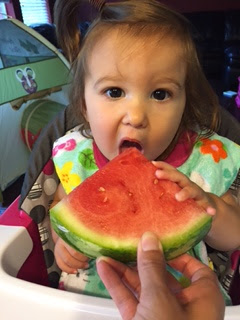 From The WSJ op-ed page today: "Thank God for the Atom Bomb."


The headline of this column is lifted from a 1981 essay by the late Paul Fussell, the cultural critic and war memoirist. In 1945 Fussell was a 21-year-old second lieutenant in the U.S. Army who had fought his way through Europe only to learn that he would soon be shipped to the Pacific to take part in Operation Downfall, the invasion of the Japanese home islands scheduled to begin in November 1945.


Then the atom bomb intervened. Japan would not surrender after Hiroshima, but it did after Nagasaki.

Your great-grandmother was Japanese, a young girl living in Japan at the time the atomic bombs were dropped on her country.

On my top shelf is a copy of The Great War and Modern Memory, Paul Fussell, 25th Anniversary Edition, c. 1975, 2000. If I could keep only ten books in my personal library, this would be one of the ten.

Time to re-read it.

Art review by Karen Wilkin in today's edition of The Wall Street Journal: Gustave Caillebotte: The Painter's Eye, National Gallery of Art, Washington, DC (I wonder if Michelle will feel welcome there?).

Generally when there is a major art exhibit, there is a very fancy coffee table art book published to go with the exhibition. That's true with the Gustave Caillebotte retrospective. I bought the book a few weeks ago at one of the museums in Los Angeles when we visited earlier this summer, probably the J Paul Getty Museum in west LA. The book is still in its shrink wrap: I don't want to open it until I am really, really ready to enjoy it.

Yet Caillebotte’s masterpiece, “Paris Street, Rainy Day” (1877), with its chic Parisians under their arching umbrellas, carefully disposed against a vast expanse of shiny, wet cobblestones, narrow streets zooming into infinity behind them, is admired by countless art lovers, even by many who don’t know the artist’s name. And, it turns out, Caillebotte played a vital role in the early history of Impressionism, in many different ways.

And finally, some time ago, maybe a year or so ago, my wife and I stumbled across a most delightful DVD on a nanny-American street photographer by the name of Vivian Maier. It was pure serendipity that we came across the DVD and it remains one of my favorites. I had not thought about the DVD in quite some time and don't recall reading about her anywhere. Then, out of the blue, Carol Joyce Oates mentions her in a very, very long essay, in the August 13, 2015, issue of The New York Review of Books.


When photography began to be an art that didn’t depend upon careful staging in a studio, or even outdoors, it was discovered to be ideally suited to the caprices of opportunity; the artist wanders into the world, armed with just his camera, freed from the confines of the predictable and the controlled, as in the work of Henri Cartier-Bresson, Weegee, Bruce Davidson, Garry Winogrand, the newly discovered Vivian Maier, Diane Arbus (whose strategy was “to go where I’ve never been”), and numerous others.