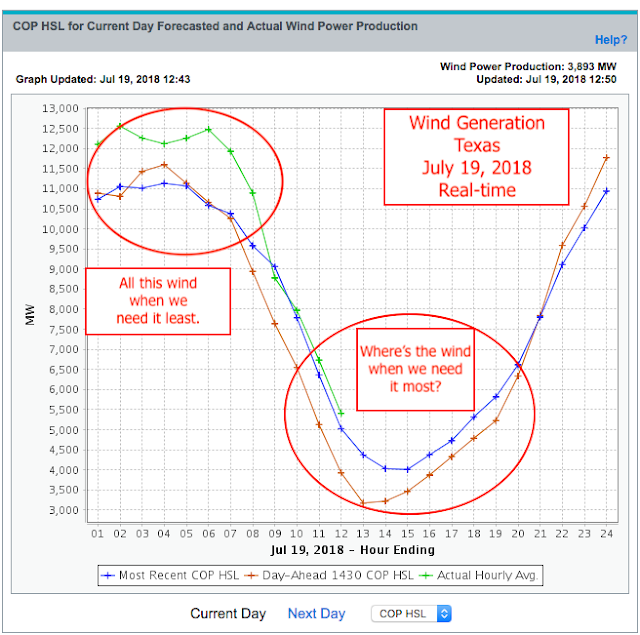 Energy demand today hit 61,195 MW at noon, Texas time, and will continue to rise through late afternoon. During this period, when demand will near/exceed 70,000 MW -- how much energy will all that wind capacity supply? About 3,000 MW.

Note: wind-produced electricity will fall even farther tomorrow.  And not by a trivial amount. Fossil fuel utility plants will need to be up and running well before increased demand becomes reality; incredibly inefficient -- even while wind is providing electricity, fossil-fuel plants need to be running in the background to ensure "viability" of the electric grid.

Link for graphic below: 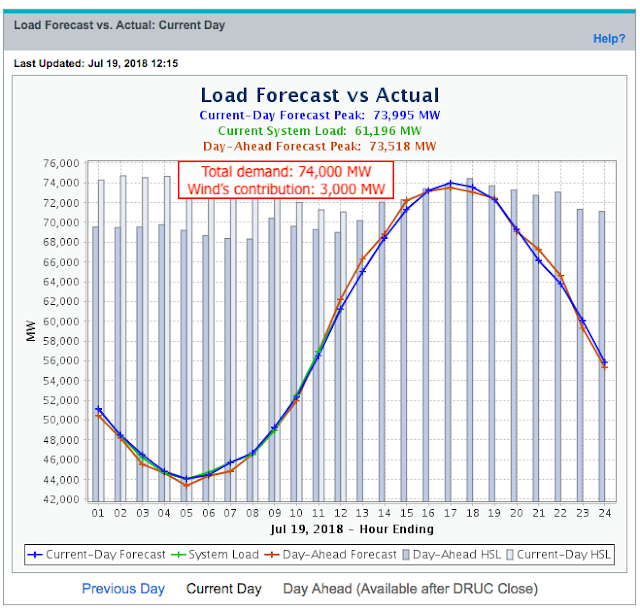 At the nadir, 42,000 MW, wind provides a significant amount, upwards of 15,000 MW, but it's not dependable, and fossil fuel plants need to be running in the background to ensure the grid "holds." 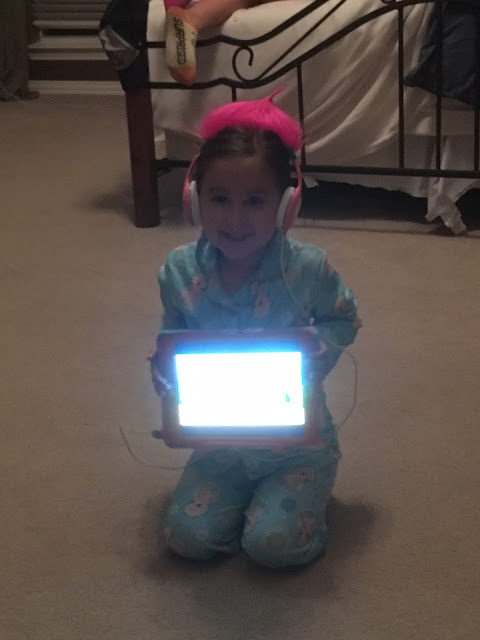