Getting Deep Into The Weeds With QEP's Disco Unit In Van Hook Oil Field -- January 11, 2021

Take a look at this post for background. After that post and an earlier post regarding a sister well to that well, a reader wrote me suggesting I take another look at these wells to see if one might be able to learn more about the Bakken.

Just a quick note on QEP’s Disco Unit. I’ve attached a graphic on this laydown project for future reference. Six wells have been drilled .... The two wells referenced in your blog – MHA 7-27 & 7-29 have different TDs as referenced in the drilling reports.

This is the reader's attached graphic:

The NDIC maps suggests eight permitted locations for the north unit, 1-28A, of which permits for two locations were canceled, leaving six locations on the north pad.

So, back to the north unit.

My handwritten notes regarding those six wells: 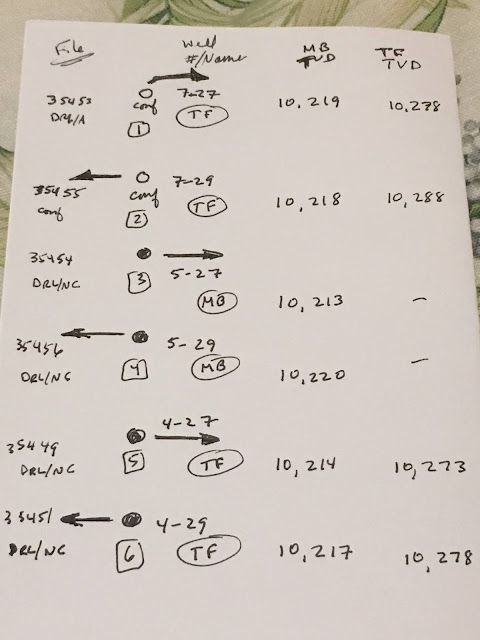 I abbreviated the well names to keep it simple:

I will leave it here, waiting for more observations and comments from the reader.

Note: in a note like there will be content and typographical errors. In addition, I may be misreading things that the reader can clarify.