Later, 6:22 p.m. CDT: based on comments from a reader regarding corn in southern Minnesota, my hunch is that the entire midwest, Ohio west to Montana, is going to have bumper crops this year. 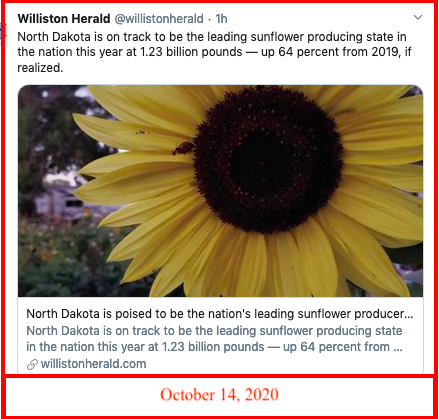 North Dakota poised to be the nation's leading sunflower producer for 2020 -- the Williston Herald.  Data points:

Looks like that little bit of global warming is just about right.

Email ThisBlogThis!Share to TwitterShare to FacebookShare to Pinterest
Labels: Agriculture_2020