Earlier this year, we conducted an in-depth analysis of these same 43 E&Ps in our market study. We found that E&Ps displayed a new and welcome discipline in response to the oil price plunge in late 2014 through mid-2016. As a result, they emerged from the crisis in a remarkably solid financial position. As we explained in subsequent blogs, our universe of E&Ps generated $9 billion in profits in the first quarter of 2017 after more than $160 billion in losses in 2015-2016.

With prices recovering, they boosted their 2017 capital budgets by 40% after slashing spending by 70% over the previous two years. However, in early March 2017, oil prices started falling again and subsequently seesawed higher and lower until the price for benchmark West Texas Intermediate (WTI) finally hit its 2017 low of about $43/bbl in June. Profits and cash flows dipped in the second quarter, although the industry remained in the black. Despite the price volatility, producers decided to maintain their accelerated budgets. We thought it would be a good idea to revisit the balance sheets of the 43 E&Ps to see if any of these companies have been eroding their financial positions. 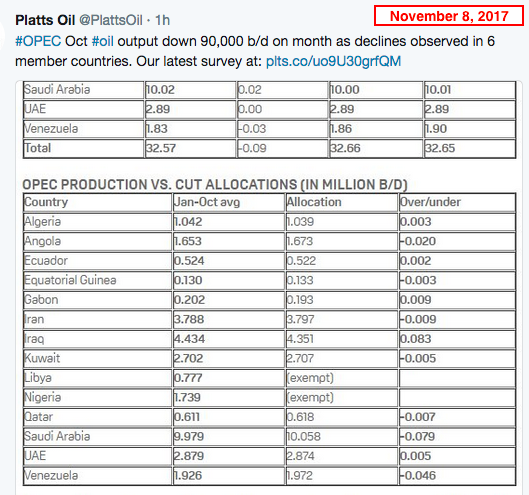