What If The Panama Canal Expansion Does Not Work As Advertised? -- June 24, 2016

April 20, 2018: a first for the newly expanded Panama Canal -- three LNG tankers cross in one day.

October 8, 2017: Panama Canal is a huge success -- The Wall Street Journal. Taking business away from the Suez Canal.

February 4, 2017: milestone -- first LNG tanker arrives at Japan from lower 48; from US shale; previously, all US LNG to Japan came from Alaska;

July 30, 2016: apparently there have been some fender benders in the Panama Canal. It appears The New York Times has assigned several folks a single assignment: report on fender benders in the newly expanded Panama Canal. Currently the team is made up of Walt Bogdanich, Jacqueline Williams, and Graciela Mendez, all of whom wrote both articles, and were listed in the exact same order. This issue will soon become a meme.

July 5, 2016: this is kind of cool, sort of a "human interest" story on the "historical passage of Cosco Shipping Panama" -- the first Neopanamax container ship through the expanded Panama Canal.


The Chinese giant Cosco Shipping has made the inaugural transit on Sunday June 26, 2016, through the expanded Panama Canal expansion project, an event appreciated by thousands of people in Agua Clara lock province of Colon.

Spectators watched as the Neopanamax cargo ship, Cosco Shipping Panama, made its way through the new Agua Clara locks, part of the Panama Canal expansion project, near the port city of Colon, Panama.

The container vessel had set sail from the Greek Port of Piraeus today on its way to Panama to make history.

The inaugural ship, Cosco Shipping Panama is a 158-foot-wide, 984-foot-long (slightly longer than three football fields) behemoth that is one of the modern New Panamax class of mega-vessels that are seen as the future of global shipping and will now be able to use the canal.

It carried some 9,000 cargo containers during the inaugural voyage and now heads to South Korea. Originally named Andronikos, the vessel was renamed by China COSCO Shipping to pay respect to the people of Panama and for the honor of the inaugural transit.

This ship was selected during a draw for the inaugural transit through the expanded waterway.

June 27, 2016: I don't think there's much new in this article for regular readers, but it's a nice analysis from The Oil & Gas Journal:


The opening of a new, third set of locks on the Panama Canal will cut the distance between the US and Far East by more than one-third for vessels that can now transit the waterway but hadn’t been able to before. A voyage from the US Gulf Coast to the Far East around the Cape of Good Hope typically takes 45 days vs. the 25-30 taken by passage through the canal.

This increase will allow passage of the very large gas carriers typically used to carry propane and other LPG and products tankers but falls short of the scale needed to accommodate fully loaded very large and ultra-large crude carriers, the vessels that haul the majority of crude shipments. VLGC passage will be far more efficient than the ship-to-ship transfers required until now to move LPG across the isthmus.

Distillate and gasoline led Atlantic-to-Pacific petroleum traffic through the canal last year, with a respective 9.5 million and 9.1 million long tons, according to the US Energy Information Administration. But net US length in these markets doesn’t compare to that in ethane and propane, for which the ability to move more volume more quickly will be a welcome relief. The continued strength of demand for refined products in western South America also is questionable.

China is already the biggest single customer for US propane and second-biggest for LPG and the ability to move these volumes more efficiently will likely only increase that flow.

EIA data show trade to both China and Japan having already accelerated before the canal expansion’s opening. LPG shipments to Japan more than tripled to 166,000 b/d in the first 3 months of 2016 from 49,000 b/d for the same period last year. Shipments to China jumped to 161,000 b/d from 66,000 b/d in the same window.

The first VLGC to pass through the new locks will be the Lycaste Peace, carrying propane from Enterprise Products Partners for discharge in Tokyo Bay in Japan. By 2018 US exports of LPG will likely equal those of Qatar and the United Arab Emirates combined.

June 26, 2016: if you can get pass the paywall (good luck), The Los Angeles Times had a great article on the highly successful inaugural "crossing."

As midmorning clouds dissipated over the 50-mile-long canal, the vessel Cosco Shipping Panama began moving through the new Caribbean-facing Agua Clara locks, part of a $5.4-billion expansion to allow for the passage of bigger ships through the historic waterway. The expansion has been nearly a decade in the making.

Whereas the original canal opened in 1914 to accommodate ships carrying as many as 5,500 cargo containers, the new locks can handle ships ferrying 13,000 such containers. Operators say the expansion was necessary to keep the historic canal competitive in a global freight market.

The expansion ostensibly makes the canal a more efficient option for freight companies shipping goods from China to the Eastern Seaboard, which is the canal’s most important and lucrative commercial route.


Fireworks exploded as a huge container ship made an inaugural passage through the newly expanded Panama Canal on Sunday, formally launching the Central American nation’s multibillion-dollar bet on a bright economic future despite tough times for global shipping.

After crossing the Atlantic locks at Agual Clara under a cloudy sky in the early morning in the northern province of Colon, the Chinese-owned Cosco Shipping Panama, carrying some 9,000 cargo containers, approached the Cocoli locks near the capital in the afternoon under the guidance of several tugboats.

The Cosco Shipping Panama is a 158-foot-wide, 984-foot-long behemoth that is one of the modern New Panamax class of mega-vessels that are seen as the future of global shipping and will now be able to use the canal.

The waterway’s capacity doubles with the new locks, and canal authorities are hoping to better compete with the Suez Canal in Egypt and tap new markets such as natural gas shipments between the United States and Asia.

From the linked New York Times article below:

But the locks’ size is the captains’ biggest concern — and they illustrate it on napkins, sheets of paper and blackboards. The new locks are 1,400 feet long and 180 feet wide. Big container ships are 1,200 feet long and 160 feet wide. Tugboats fore and aft measure nearly 100 feet each. Do the math, they say.

Okay, so now you can do the math.

Original Post
A reader sent me this link to a New York Times article on the newly expanded Panama Canal and asked whether I had any concerns about the "negative impact" or risks that might be associated with the canal as noted by the authors of that article with regard to the American LNG export industry.

The NY Times article suggests that things are not as rosy as one might think with regard to the newly expanded canal. The writers suggest that things are (very) likely to go wrong, and if they go wrong, the reader wonders if this will affect the American LNG export industry.

By the way, the article is truly a great example of print media (the NY Times) using the internet to best effect to tell a story. It's a must read; the graphics and videos are awesome.

But back to the question. I am the last person to ask. I am an eternal optimist. I am inappropriately exuberant when it comes to energy. I am always looking through oily-stained glasses.

Having said that, I think this is how an optimist would answer the question.

The neo-Panamax vessels are here to stay. Even if the Panama Canal goes away, folks are going to be using these vessels to move LNG to Asia and to Europe.

Even if the widened Panama Canal is not big enough for the new ships PLUS the towboats, they will increase capacity of the overall canal, I assume.

The US LNG export industry is barely getting started; the Panamanians will have plenty of time to work some of the issues that can be worked. (Of course, widening/lengthening the locks are no longer an option; that's been done, for now.)

If the new canal does not work out, it does not affect US LNG going to Europe.

If the new canal does not work out as planned, one wonders immediately if TransCanada, Sempra, KinderMorgan and others might not be huge beneficiaries. There are already natural gas pipelines from Texas to the west coast. They would have to increase the capacity of these pipelines (which seems to go more easily than putting in completely new lines). The biggest problem would probably be adequate "space" for new storage and export facilities along the west coast.

By the way, the best part of the NY Times article had to do with the cost of the expansion. When I saw the figure some months ago, I thought the cost was incredibly low. It turns out that was accurate: the writers suggest it was a "rock-bottom budget."

My hunch is that the canal will have some huge growing pains, and there will likely be some headline stories of incredibly bad mishaps, but in the long run, the engineers will get it sorted out. But, again, I am an eternal optimist. 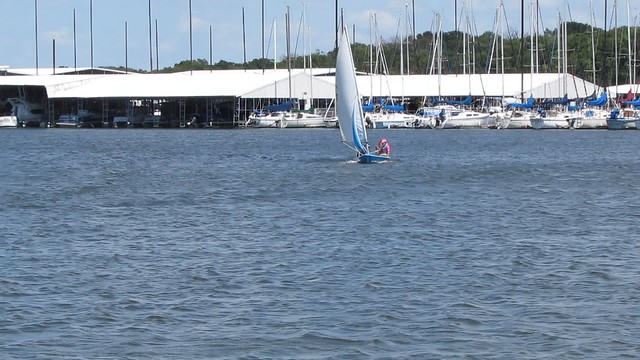