I don't know if this is the result of federal judge's ruling on the DAPL but if not, certainly coincidental. 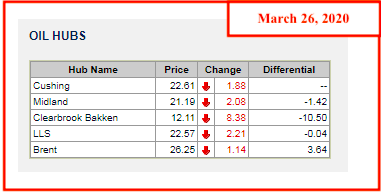 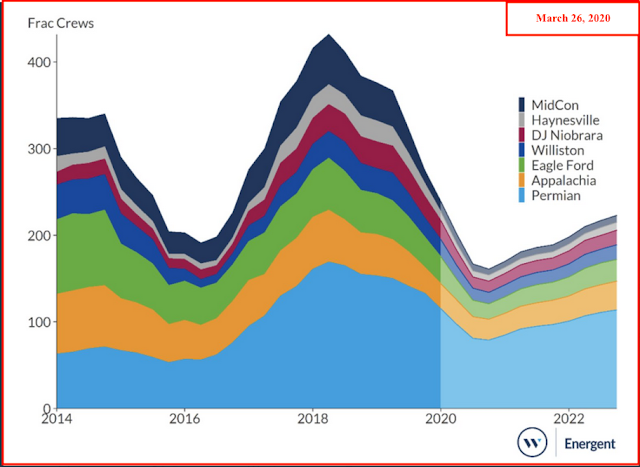 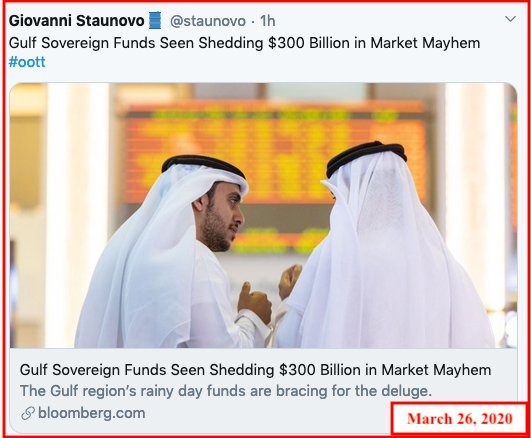 
Middle East wealth funds built up assets in excess of $2 trillion during the past few decades, building a cushion for when oil runs out or revenues drop. They have stakes in Uber Technologies Inc., Barclays Plc, and swathes of European and U.S. property.
Saudi Arabia’s Public Investment Fund has also committed giant sums to a Blackstone Group Inc.’s U.S. infrastructure fund and Softbank Group Corp.’s $100 billion Vision Fund. Other funds in the region also have significant placements with Carlyle Group Inc., BlackRock Inc. and KKR & Co. Inc.

Exactly how much the funds have placed and with whom remain undisclosed. Most don’t even report the value of assets they manage. Abu Dhabi Investment Authority is one of the few that publishes an annual report, and that only includes broad guidance on strategy and performance. ADIA’s 20-year annualized returns were 5.4% in 2018, the lowest since it began reporting in 2008. Developed market equities, which have crashed as a result of measures to contain the coronavirus, constitute up to 42% of its portfolio.

Much more at the link. As usual, a lot of hyperbole to begin the article and then common sense settles in.

Be careful: that last link is simply Saudi Arabian foreign reserve assets. The Bloomberg is "all" wealth funds in "all" Mideast countries. But it helps me put the $300 billion in the Bloomberg headline in perspective.
Posted by Bruce Oksol at 2:11 PM