For those who have been gone for the past two weeks, this is what you missed:
And we begin another week.

Nursing home alternative. Many, many links. Google cruises instead of nursing home. This is one link.

Echo Dot. Incredible. We have a two-bedroom, 1140-square foot apartment. We have three Echo Dots. Incredible. One in each bedroom and one in the kitchen. How did we ever survive before Amazon?


Steel producer Nucor Corp said on Monday it would spend about $1.35 billion to build a plate mill in the U.S. Midwest, taking advantage of President Trump's federal tax cuts that has resulted in windfall gains for several companies.

Nucor is also benefiting from higher steel prices for domestic producers due to tariffs imposed on imports by the Trump administration last year.

The new mill, which is expected to be fully operational in 2022, would produce 1.2 million tons a year of steel plate products and create about 400 full-time jobs.

Unless I missed it, the location for the new plant was not given; the Midwest is a huge region -- but sounds like Ohio.

If I'm distracted while blogging this week, it's due to all the books I've acquired (gifts, library, etc) over the past two weeks.

While blogging the morning note this week, I will be reading:

While on vacation in New Mexico recently, Sophia suffered a minor bruise. She wanted "Frozen" band-aids.

I put her on my shoulders and we (actually, I) walked 2.5 miles to the nearest store that might sell band-aids. I walked down aisle 6 where they said the band-aids were. I saw band-aids but did not see "Frozen" band-aids. I was looking at "my" eye-level.

But there they were. Sophia saw them -- right at her eye-level. I was truly impressed. And she put the band-aid all by herself. Look at those eyes. Pretty happy. 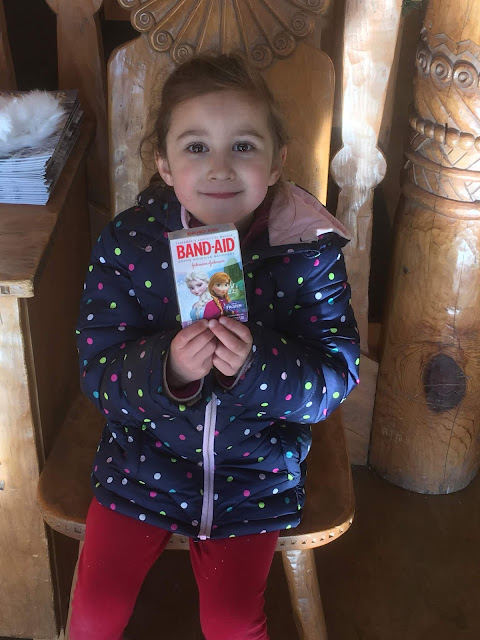 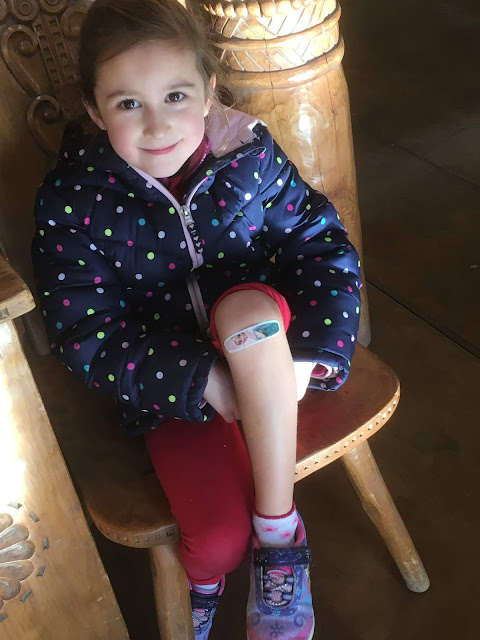