There are many issues associated with produced water, everything from economics for a single well; to economics for a US shale producer; and, then, the environmental cost and the issue of injected-related earthquakes.

My takeaway from all this:
I don't know how many caught this from FracFocus yesterday. It was the first time I noticed it, but it's likely there are other examples that I simply missed.

Look at the frack data for this well, from FracFocus:
The reason I bring that up is the subject of the article in North American Shale. Data points:
More:


What’s different now it that unconventional development in the Permian doesn’t allow for the same water management practices. By that I mean if you’re drilling conventional wells, most of the produced water can be reinjected for water floods or EOR (enhanced oil recovery). Whereas now, the operators, many are testing some of the tertiary recovery techniques, but nothing’s being done on a wide scale.

Note: it's my understanding that water flooding unconventional tight shale could end up turning the clay into gumbo -- i.e., a failed well.

From BTU Analytics, 2014 . When you look at this graphic, remember, the Permian produced a whole less oil than it is producing today (one cannot say the same thing for the Bakken): 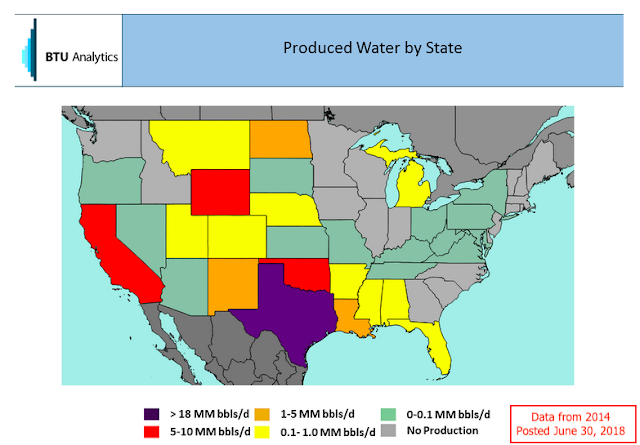 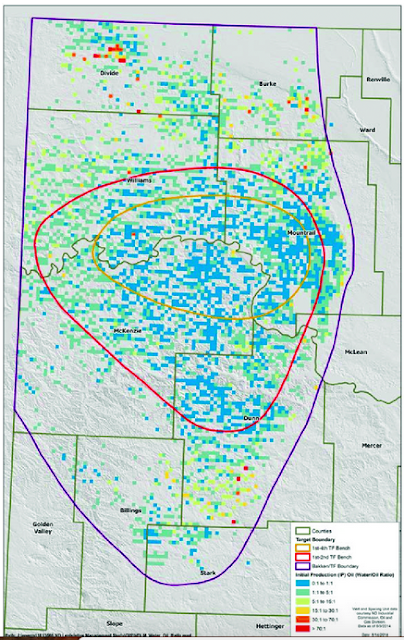 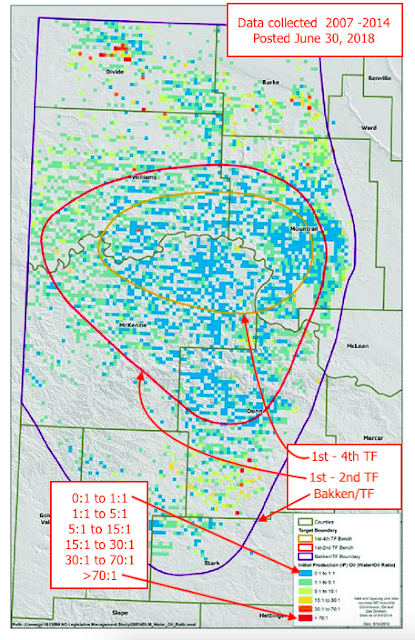 For additional reading, the best one for the Permian is the "pubs - 7b02185" link below:

Email ThisBlogThis!Share to TwitterShare to FacebookShare to Pinterest
Labels: Produced_Water