Two plays: the Permian and the Bakken. Highlights that I have posted here are mostly on the Bakken; see the link for everything, including the Permian.
From the presentation, the Bakken play: 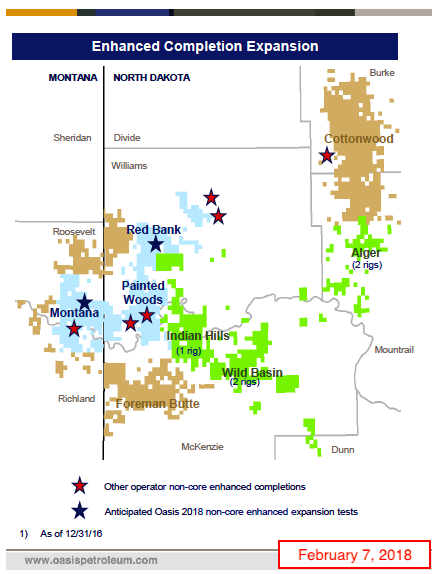 Now, this -- this is absolutely incredible: when we first started covering the Bakken, the EUR for Bakken wells were said to be 350,000 bbls (oil/oil equivalent?)

Then we saw guys like Mike Filloon / Richard Zeits (I forget which) was the first to notice EOG wells with EURs of 750,000 and then as high as one million bbls (again, oil/oil equivalent). Now, look at the Oasis type curve below -- 1.550 million boe and for some folks, an even more important data point: at 350 days, the type curves show a jump from 200,000 boe to 300,000 boe. I may be misreading the graphic a bit, but you can see it here and/or go to the source. 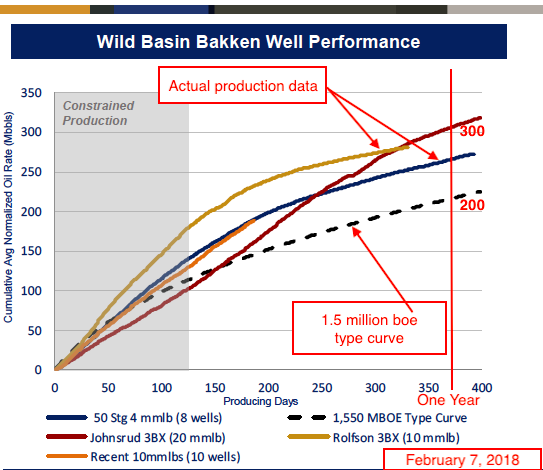 Now, this: the USGS bases its reserves assessments in a given basin based on production of existing wells. The last USGS survey of the Bakken was accomplished in 2013; and there results would have been based on entirely different well type curves, probably in the realm of EURs of 500,000, or a third of what Oasis is showing in this slide (yes, I am aware of tier 1, tier 2, tier 3 locations in the Bakken).

Disclaimer: in a long note like this there will typographical and factual errors. In my notes above, I will interject my comments (facts and opinions). It is difficult to tell where I may have interjected my own comments. I often make simple errors. I often misread things. I correct obvious errors when I see them. Do not make any investment, financial, job, travel, or relationship decisions based on anything you read here or think you may have read here. If this is important to you, go to the source.