I'll be off the net until later this evening.

I've said this since I began blogging.

If I were allowed only one metric to track the US economy, it would be gasoline demand. I've defended that argument successfully in the past.

I'm not seeing it. 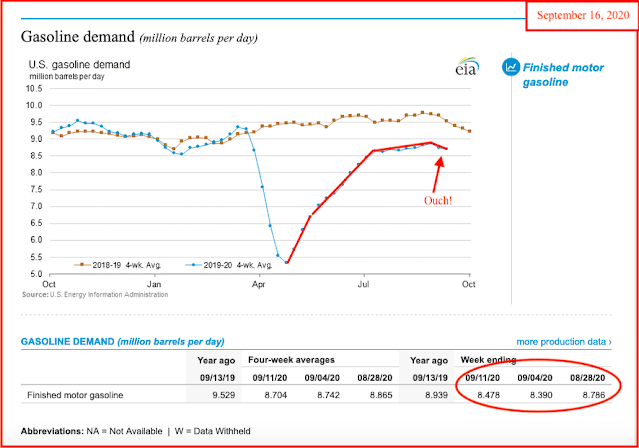 This is ahead of Hurricane (?) Sally.

Now, off the net until this evening.