DUCs galore. Seven wells come off confidential list; five are DUCs (winter or other reasons?). Oasis has a very nice well but used 30 million lbs of proppant, including expensive 3 million lbs of ceramic.

Peak oil? What peak oil? See this post.  Now, today, no link for the data below but easily found I assume, GlobalData says the top 10 onshore oil projects will add over 1.1 million bbls per day.

Now, remember, folks disagree, but at 98 million bopd there is somewhere between one and three million bopd more supply than demand. So, adding 1 million bopd either doubles that amount of excess or as little as one-third more, which is still more than "trivial." Some data points from the site:
Most exciting: once Saudi Aramco goes public, we will be able to see their new projects.

the draw for current week will be less than average, but there's another polar outbreak forecast for the beginning of February...


Original Post
I never thought I would see this, and I've been tracking this on the blog for about seven years. This in incredibly remarkable on many levels. Some things to think about:
This is a dynamic link. 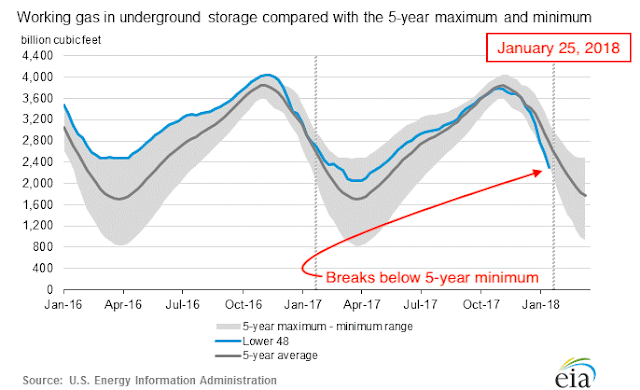 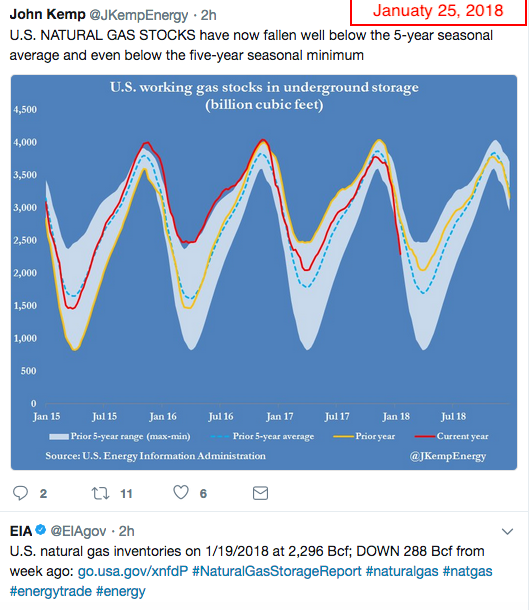