Sunday Morning Coming Down -- February 12, 2017; Turns Out Native Americans In North Dakota Have Ownership In Pipelines Under THE River

Soccer. Up at 6:00 a.m. to take middle granddaughter to soccer tournament. They defeated their nemesis yesterday afternoon to advance to the championship round. They also knocked out their nemesis from advancing. It's amazing how they learned to beat that team. Pretty good coaching; great players.

Highways. It would be harder to find better roads in the US. The highway system here in north Texas is incredible. Lots of construction, and in the big scheme of things, my hunch is "they" are barely keeping up.

Off the net. Needless to say, I will be off the net off and on today. If our granddaughter's team wins this morning, they will have at least one more game this afternoon, and then possibly a game this evening.

Disclaimer: in this post and the previous post (linked above) there are likely to be typographical and factual errors, for a whole bunch of reasons. If this is important to you, go to the source. Also note: that if there are errors in what I post from readers, I take the blame: either I missed something, or was responsible for a typographical error when transcribing.

DAPL update: it's hard to keep track of the players. I thought it was the same "group" -- just a different name -- challenging DAPL in court, but a reader helped explain it:

After the Army Corps of Engineers issued the easement Tuesday of this week, the Cheyenne River Sioux filed a suit alleging that their clean, spiritual water would be harmed.  They contend that they cannot freely practice their religion unless they can dip water from the Missouri and haul it to their sweat lodges in wooden buckets.  They also cite a supposed long-held belief that the "Black Snake" must not be allowed to destroy their great nation.  At the very end of the filing they reference the gas pipeline that was dug on the same route as the DAPL 30 years ago - dismissing it as a problem since gas isn't black. 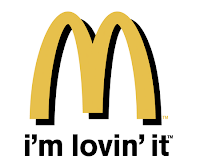 Methinks that the Standing Rock folks wanted an ownership position in DAPL similar to what their northern brethren negotiated with Sacagawea Pipeline.

Thus the invitation to protest.  Alas, there's a difference in a pipeline crossing your land and a pipeline near your land. 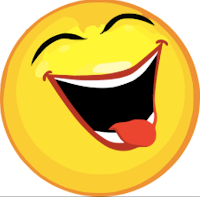 The Cheyenne River case is to be heard by Judge Boasberg on Monday.  He's the same judge who has denied two previous injunctions  requested by the Standing Rock, so we'll see if he can sort through this.


In the meantime - here's the link for Three Affiliated Tribe's ownership in the oil pipeline -- "another" black snake, I guess.


And this is the link for the Grey Wolf Midstream, LLC -- an affiliate of Missouri River Resources, a Three Affiliated Tribes chartered energy company in North Dakota.

The Sacagawea Pipeline Company, LLC is developing the 91 mile Sacagawea pipeline to deliver crude from points in McKenzie and Dunn Counties south of the river to points north of Lake Sacagawea.

Note: the cartoon icons above were placed by me, not the reader. Don't "blame" the reader for politically incorrect icons. LOL.
Posted by Bruce Oksol at 7:44 AM