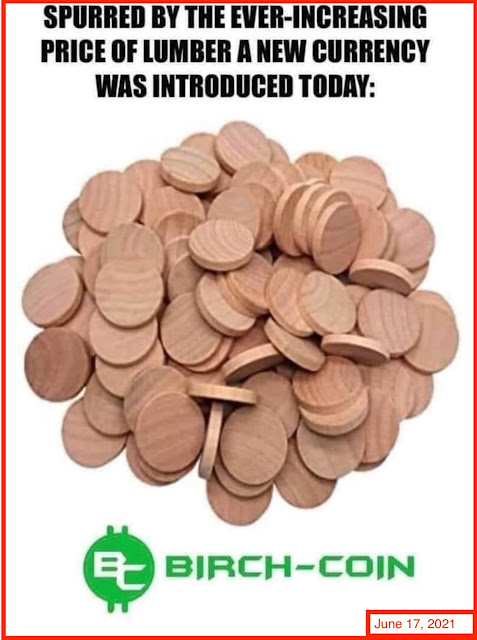 Birch-coin may not be suitable for all accounts.

Birch-coins can be expensive but can be bought in smaller denominations:

The last option is often referred to as "saw-dust," as in "I saw dust but thought it was just gold so I ignored it. I was looking for birch-coin."

In addition to demand, supply is likely to be severely limited due to the fact that the spotted owl has pretty much decimated the "mining" of birch-coin in the far northwest.

Jim Cramer says: "Back up the truck."

Jamie Dimon: "Finally, a worthy competitor to e-coin. We're getting out of cash and moving into wood piles."

Joe Biden: "Birch-coin? I like the aroma of wood in the morning but, c'mon man, we had this when I served in W-W-I."

Brian Williams: "Don't get ahead of us now, but we can do the math."

Warren Buffett: "Futures in birch-coin? Count me out."