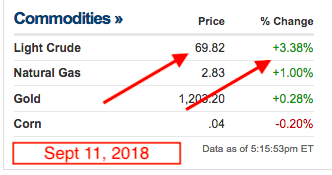 Going to $70 again before the end of the month?

I am blown away by what researchers are finding these days. First it was the color of dinosaur feathers.

Now, it's the "history" of Homo neanderthalensis and Homo sapiens: two different species, and species, by definition don't interbreed.

The book: Who We Are and How We Got Here: Ancient DNA and the New Science of the Human Past, David Reich, c. 2018.