Workout And Snarky Political Comments On The Economy -- July 13, 2017 -- Nothing About The Bakken

Ah, yes.  A few days ago I posted that I vaguely recalled an earlier post suggesting that the SaudiAramco IPO may never see the light of day; it may never be launched. I said I would spend the rest of the day looking for that post. Well, I finally found the post, dated May 27, 2016:


Could see the IPO? Does this mean that it's possible there won't even be an IPO? Once the Supreme Council sees how much information the EU and the SEC want, my hunch is the Supreme Council is going to get very, very cold feet (no matter how hot the sand is). For a paltry $10 billion in cash, the Saudis are going to have to divulge tons of information on their operations that they've held secret for decades.

Not only will the King have to divulge a lot of family secrets, he will see this as selling the family's jewels.

If I were a betting man, and I'm not, I think the chance of seeing a SaudiAramco IPO in 2018 has betting odds of about 5 - 1. For ever dollar bet that it will take place, you win five if the IPO launches in 2018. This is completely hypothetical. There is actually no bet on this, at least from me or this blog.

That's rhetorical. I'm not seeking any comments. Not even six months into President Trump's presidency and the signs of an economy that is finally gaining traction.

On the other side of the coin, not even six months into President Trump's presidency and we now have CNBC telling us that after eight years of the Obama presidency, one-third of Americans never recovered from the Great Recession, the one that was developing in President Obama's first year oin office. Everyone agrees there was a recovery, but it was the slowest recovery in history, and now we learn -- from CNBC -- that one out of three Americans have not yet recovered. The very people that Obama seemed to be most concerned about were hit the hardest. (The operative word is "seemed.")

The story leads to four comments/questions/observations:
Speaking of which, whatever happened to Jill Stein? Again, rhetorical; please don't comment.

Years ago I remember wearing ankle weights while running.

I have to ride back; get another set of weights to balance the ride. I need to get a "LOL" emoji. 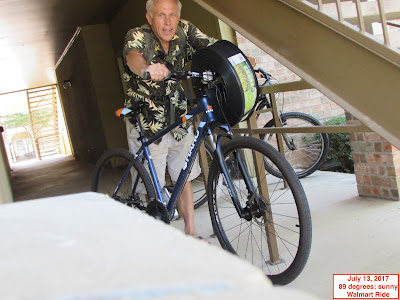 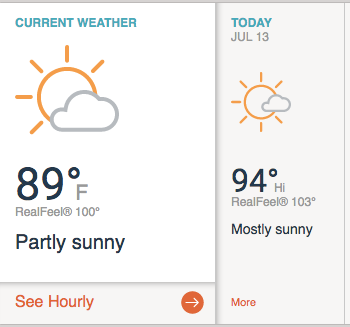