Gasoline demand: triple-A forecasts huge number of Americans to hit road this weekend -- could be second largest number on record.

First question I asked: what year currently holds that record? 2005.


More than 814,000 Maryland residents are expected to travel for the holiday,

According to AAA Mid-Atlantic, more than 38 million Americans will travel this Memorial Day weekend, an increase of nearly two percent compared to last year’s holiday due to lower gas prices.

AAA's forecast: the most for the Memorial Day long weekend since 2005. 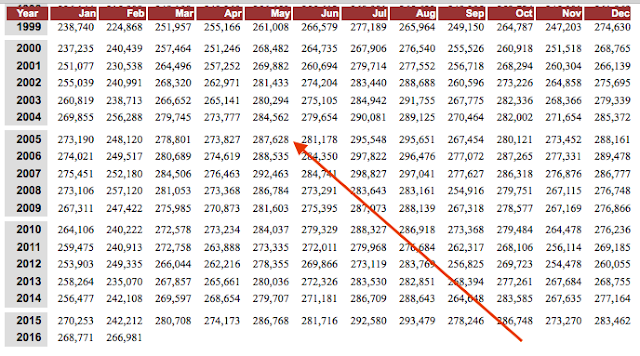 
Microsoft and Facebook are apparently laying a "huge" "massive" cable below the Atlantic Ocean.  The story is being reported at wired.com.

This is not particularly "new." Tech companies have been laying ocean-crossing cables for years.


Conflict of interest disclosure reports filed by top federal officials were removed from public view by the Obama administration in recent months, a move that government transparency and accountability advocates condemn as a major setback.

The Office of Government Ethics reports are the primary tool that watchdog journalists, political activists and interested voters can use to guard against presidential appointees using their positions to enrich themselves or others.

Whatever. As if it ever made any difference. Must be a slow news day.
Posted by Bruce Oksol at 12:33 PM