May 13, 2014: Rob Port was very, very nice to credit me/this blog when he linked this post over "Say Anything Blog."


Check out these two items that were just released in the last few weeks. We wouldn’t have been close to either of these lists five years ago.

1.      The 2013 population growth for the top 25 non-metro counties in the US was released. ND had the top six and ten of the top 25. McKenzie and Williams lead the list.

2.      20 counties in the US have half of the 2013 US daily oil production. McKenzie county was 5th, Mountrail 6th, Dunn 10th, & Williams 12th. These are the big four I constantly tell people have nearly 90% of ND’s production and activity. Interesting to me was there were no Texas counties ahead of McKenzie & Mountrail counties. That was a surprise to me.

McKenzie & Mountrail counties (M&M’s) had surpassed Alaska (4th leading oil producing State) and was just even with California (3rd leading oil producing state) last November. The counties dropped back quite a bit this winter and we fell behind them. Feb’s numbers that were just released showed the M&M’s did pass Alaska again, but is still a little behind California. We should pass them again in the next couple months. Two counties in ND as the second leading oil producer in the US is mind-boggling!!

A huge "thank you" to the reader for sending this to me. It really is quite remarkable. 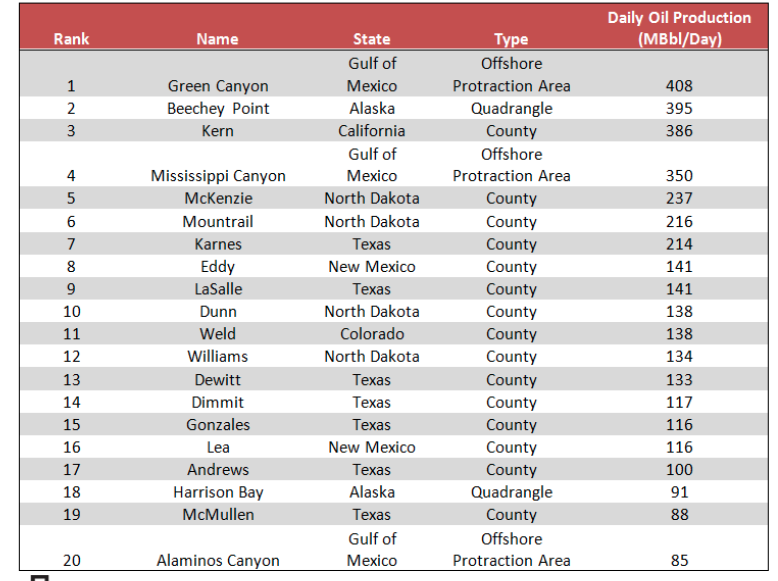 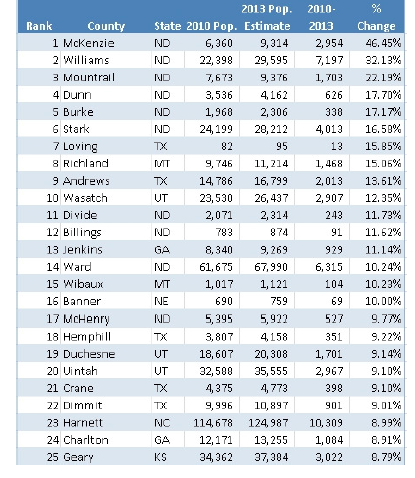