Oh, but first, let's check the market. It looks like the Kuwaiti blue-collar workers -- on strike for the third day -- are saving Saudi's butt ... for now.

I got my tire fixed, as I noted yesterday. Today was a beautiful ride. There are two Starbucks restaurants in my neighborhood, but for the ride, I either go to the one in Southlake (5.0 miles) or the one in Grapevine (5.2 miles). I now prefer the Grapevine ride, which is flatter and much more interesting. The route description:


After a short block through some retail after leaving the apartment complex, I'm on a high-speed four-lane divided highway for about half-a-mile. Sporty. Especially during the winter. Today, I stopped twice to take some photos, see below.

Then a broad boulevard as I loop around DFW airport and along/through a nicely manicured industrial park. This segment is actually composed of a north-south segment and an east-west segment, totaling about a mile and a half, I suppose. I used to think it was boring, but I enjoy it now.

Then slightly uphill toward downtown Grapevine, Main Street. The whole distance of Main Street might be 1.5 miles and is all retail, all fun, all interesting. The banners across the street announce the Wine Fest, the Chocolate Fest, the Beer Fest, the day outing with Tomy Train, the semi-annual Art Festival, and the Cruz-Trump Martial Arts Fest.

I made up that last "fest." But if it happens, it will happen at a fest in Grapevine.

Then a last mile or less down "Wall Street" to the Starbucks at the corner of Texan Trail and Northwest Highway.

I wish I had been filming with my helmet-mounted GoPro this morning. I left earlier than usual and had a lot of fun "working" with 18-wheelers going through the industrial zone along the DFW loop. I have a rule: the 18-wheelers have the right-of-way regardless of what the traffic lights suggest.

I try my hardest to let moving semi-trucks (and why are they called "semi's"?) keep up their momentum so if I'm heading straight and have the right-of-way but the truck is turning hard right, I always hold back, signal to the trucker to keep moving, and everyone's happy.

Today, the highlight was splitting the gap between two trucks as they both kept up their momentum turning right and I headed straight.

All's well that ends well. Or so they say.

Texas wildflowers are in bloom. The best locations are along the interstate highways, but these will have to do for now: 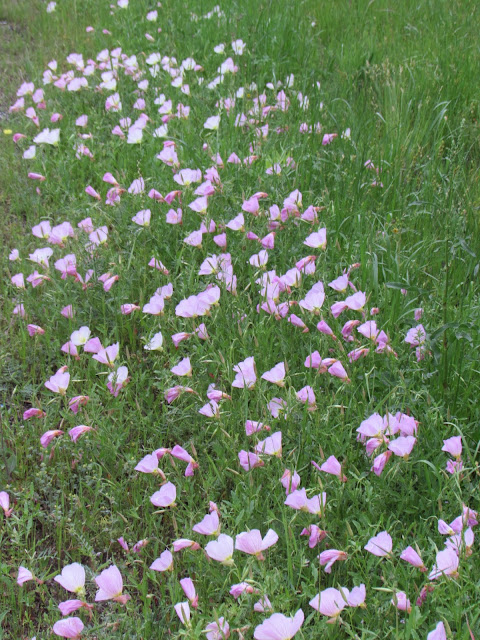 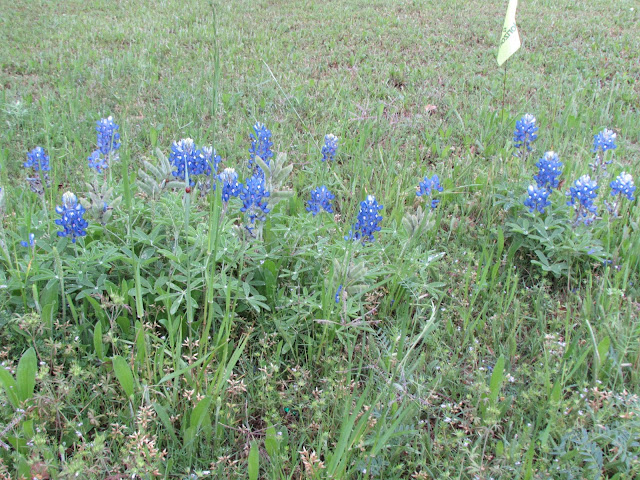 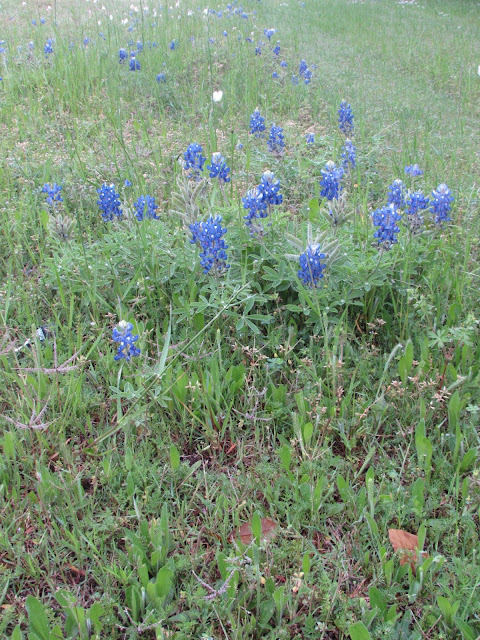 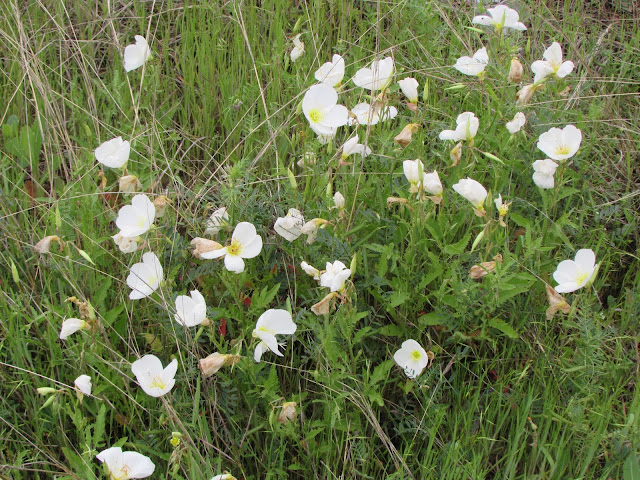 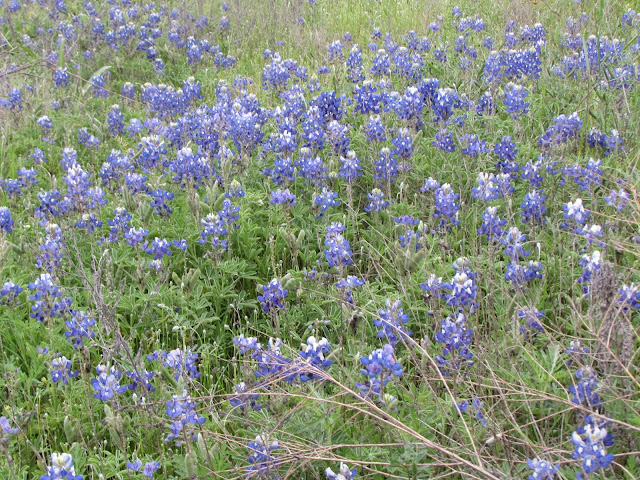 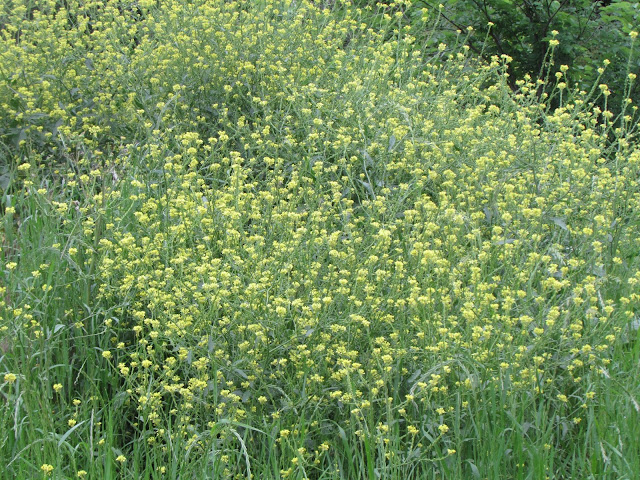 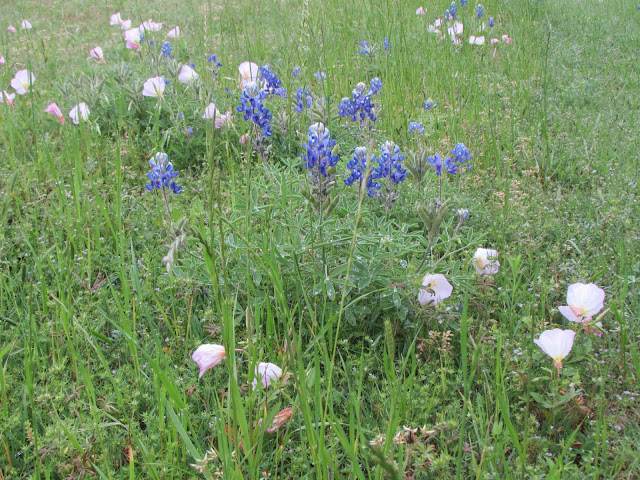 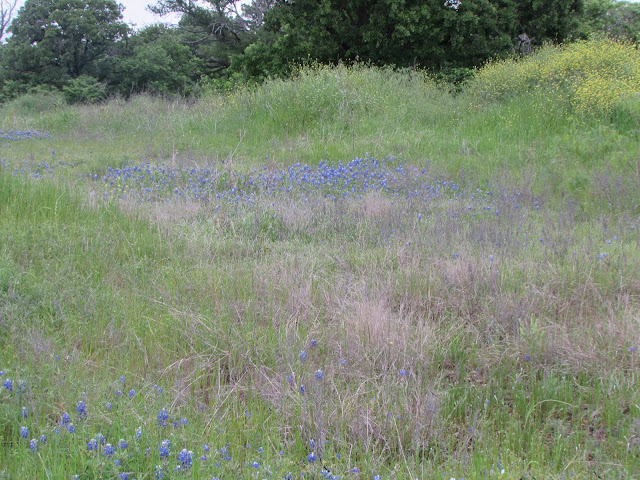