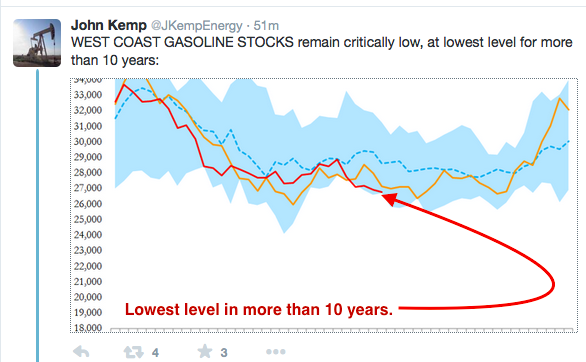 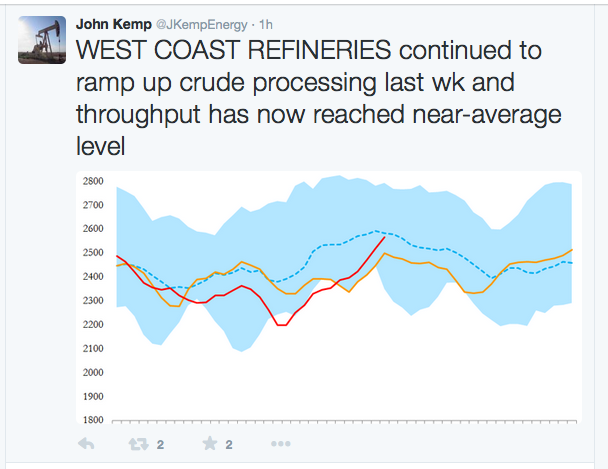 It will be interesting to see the graph at the end of August. Will refiners in California be able to keep up with increased demand?

Meanwhile in PADD II, the Midwest, refinery utilization rates hit 100.3%. There is a lot of verbige to explain that but it comes down to one data point: the refiners are making a lot of money on cheap oil and high gasoline demand. For newbies, a map of the nation's PADD is at this link; PADD 2 includes the Bakken and Oklahoma, everything in between and east to Indiana.
Posted by Bruce Oksol at 10:49 AM