The last update I had for this well was August 17, 2014:
There is no new sundry sheet to explain anything yet. However, look at the production profile:


This location of this Lodgepole well: 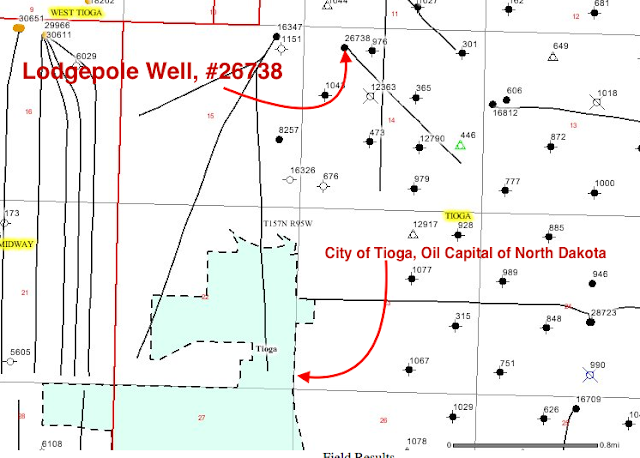 Pretty cool, huh? And you only thought it was the Bakken.
Posted by Bruce Oksol at 10:03 PM