Where President Trump Can Have Immediate Impact
Without (Much) Congressional Interference
(in draft;  not ready for prime time)

December 9, 2016, T+30: one month. So much oxygen has been sucked out of the room by Jill Stein and Donald Trump, no one else on stage.

December 8, 2016, T+29: after listening to "Morning Joe" this morning it's impossible to overstate how fortunate for the average American that Trump was elected

December 7, 2016, T+28: December 6 -- the stock market hit its eleventh (11th) all-time high President Trump was elected president. Polls overnight now show favorability/approval/hopeful ratings for Trump have jumped to 50 - 51% range. If there is a shift in Trump's global warming stance in 2017, it will be a "practical shift." Trump will work on projects to protect the US coastlines against erosion and damage caused by major storms. One can be a denier and/or an agnostic and still "build" things to prevent problems along the coastlines. [Update: markets surge today; both NYSE and Nasdaq hit new all-time highs. Dow 30 up 297 points -- yes, almost 300 points.] As president-elect, Trump is doing more for the average US worker than Obama did in his entire eight years: giving them hope instead of another speech.

December 6, 2016, T+27: yesterday (December 5) the stock market hit another all-time high. It is being reported that Trump's tax plan will add $29 billion in book value to Warren Buffett's Berkshire Hathaway. Assuming BRK's liabilities and debt remains unchanged, Trump's tax plan will add $29 billion to Warren's top line (assets -- as in cash). This -- although not $29 billion -- will extend to all US corporations. Congress men and women will fall all over themselves to support Trump on this kind of corporate tax relief once it is obvious he has the 51% support in the House and the Senate.

December 4, 2016, T+26: Trump targets second plant with plans to re-locate to Mexico. Good, bad, or indifferent, at least he's keeping his word; someone in Washington who seems to care. Compare with Harry Reid's attitude:


December 3, 2016, T+25: beer summit with Harvard professor and local police officer vs taking a congratulatory telephone call from the president of Taiwan. They both generated about the same amount of media interest. Tomorrow we will move on to something else. It's gonna be a fun four years.

December 2, 2016, T+24: it is so refreshing to hear a president-elect speak his mind, not worrying about being politically correct. Most interesting: he often steals "outrageous" ideas from Hillary Clinton and her party and others. For example: the Secure Fence Act? Hillary. Flag burning? Supreme Court Justice Scalia.

December 1, 2016, T+23: Something tells me the news cycle with Trump will be 24/7. None of this "9-to-5" stuff with a news dump Friday afternoon after normal business hours, and then three days of golf where the press pool is hanging out at the burger bar, and no one sees the president for 72 hours. The tea leaves suggest this is going to be a very, very exciting, unconventional four years. Once he hits his stride, Trump will set the narrative. [From a reader: "He already has (set the narrative).]

November 29, 2016, T+21: Not even president yet -- US consumer confidence at 9-year high. President Obama will take credit: folks with renewed confidence after he has set the stage for future president to succeed.

November 26, 2016, T+18: Hillary has undone all the goodwill she generated in her concession speech by participating in the recount. Even Richard Nixon did not go this far. The US House of Representatives will be watching this closely.

November 25, 2016, T+17: It was refreshing to see Trump working on Thursday, Thanksgiving Day, instead of golfing. No word where Obama was but generally on holidays and weekends, he's golfing, ala Eisenhower. I'll say it again. I'm getting tired of GOP'ers publicly criticizing Trump.

November 22, 2016, T+14: Outgoing Senator Harry Reid triggered the "nuclear option" back in 2013. Under that "option," the Democrats do not have the votes to stop any Trump appointment. That does not mean RINOs won't scuttle that opportunity.

November 21, 2016, T+13: something tells me Camille Paglia will be impressed with Trump. Maybe even Susan Faludi. Is Trump the first president that never bought into feminization of the United States?

November 20, 2016, T+12: the president-elect met with Mitt Romney over the weekend. The facts suggest that Mitt Romney would not be a good fit for the Trump team; the tea leaves suggest they both know that.

November 19, 2016, T+11: this past week, the chairman of the Ford automobile company telephoned President-elect Trump to tell him that the Ford company had decided to keep Lincoln production in Kentucky, not move that production to Mexico. Apple also released a statement that the company might manufacture (some?) iPhones in the US, moving some of that production out of China. [By the way, I now follow Trump over at Twitter: this is the only "political" Twitter account I follow.]

November 16, 2016, T+8: we're only eight days past the election, and the nuts over at MSNBC are saying that Trump is moving too slowly putting his transition team and his cabinet together; and, then in the next breath, are upset with the choices he is likely to make. I'm lovin' it. 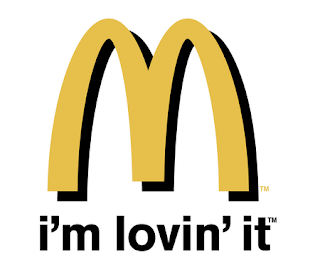 November 15, 2016, T+7: Trump on same-sex marriage on the 60 Minutes interview -- "that fight is over; we lost, they won." Refreshing. He is ending the culture wars. [Supreme Court: he will appoint pro-life judges -- one disconnect.]

November 14, 2016, T+6: the Dow hit a new all-time record high; the fourth record high in as many days. We'll see if trickle down economics has any merit. One wonders if Pocahontas is upset?

November 13, 2016, T+5: just how bad was it? It must have been fairly "bad" under the Obama administration -- again, another story not reported. Here it is: China said it is ready to improve relations with the US now that President Obama is leaving office.