Dire Straits: Wow, Huge Drop In US Crude Oil Inventories -- Watch Price Of Gasoline In August -- Again, Trump Knows What He's Talking About -- He Saw This Coming -- Begged OPEC For Help A Month Ago -- July 11, 2018

So, Sherlock, explain this: US crude oil inventories drop a staggering 12.6 million bbls and yet WTI, drops significantly.

Embarrassing and tedious (the prices are in real-time): 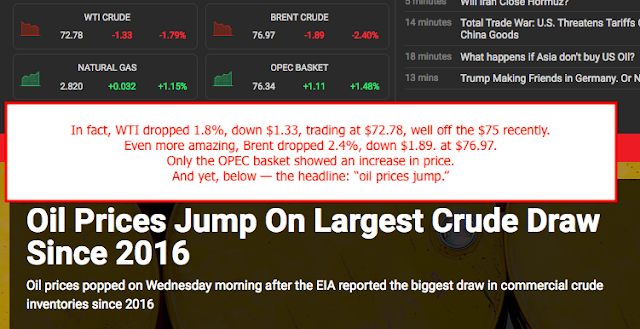 Weekly petroleum report (link here) (can hardly wait to see John Kemp's graphics with this one):
For newbies, to put this drawdown in perspective: the drawdown on a weekly basis generally ranges up or down a million or so bbls/week. If the increase or decline is four million bbls, it gets my attention. A decline of six million bbls is "staggering." I'm not sure what word to use when the inventories drop by over 12 million bbls.

Some might argue that refiners pre-loaded deliveries a week or so ago in anticipation of the driving season. Maybe. We'll see. 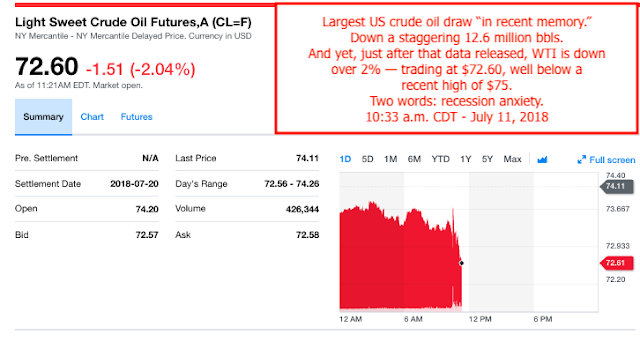 
So Far Away, Dire Straits