Meanwhile, spend some time on this one. Note: it's from the Financial Times so you know it's somewhat credible.

Would this be a good example of irony? 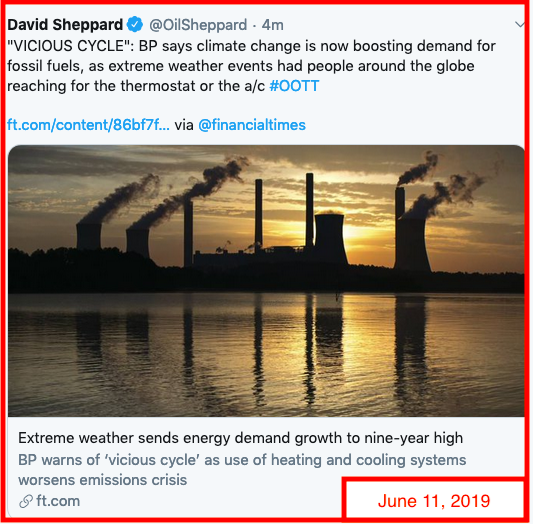 I sure hope this is picked up by the "Deplorable Climate Science" blog, the best global warming site on the internet.

By the way, all that "smoke" in the photo above? Water vapor.

In that same interview, Maher says:

What amazed me most, was that "Solyndra" made the list of three. Wow.

On Obama? "Not a whiff of scandal." Wow, talk about having blinders on.

A reader responded, and I could not say it better:


Ironically Bill mentions Benghazi, Fast and Furious, and Solyndra as "Nothingburgers" when they actually were 2 pound Big Macs, and just the tip of a large iceberg.

Solyndra was such a big deal, I even have a Solyndra tag.