Richard Zeits has a nice contribution over on Seeking Alpha on Newfield, STACK and SCOOP. This is a great reference article; archived.

The key factor contributing to Newfield's strong recent stock performance has been the emergence of the company's SCOOP and STACK assets as differentiated return leaders within its portfolio. After several years of strategic repositioning and search for a competitive growth engine, Newfield finally has "a horse to ride."

Tighter frack clusters in the STACK
Zeits compares STACK/SCOOP with the Bakken:


In the Bakken's core areas, several operators report exceptionally strong early-time performance from enhanced completions. To illustrate, I have included below two such examples, from QEP Resources at South Antelope and Halcón Resources at FBIR. In both examples, the wells appear to be on track to produce 200,000 barrels of oil on average - even more, in QEP's case - in the first year on production. 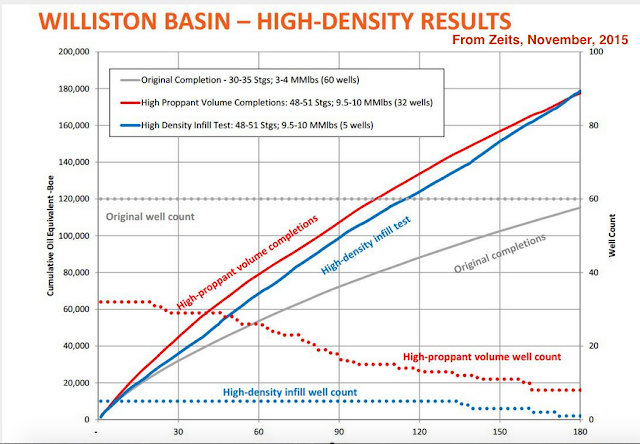 Russian plane brought down by ISIS bomb on plane; seven coordinated simultaneous attacks in Paris with 129 killed; scores injured, and President Obama calls it a "set-back" and SecState Kerry says ISIS has a "rationale" for what they are doing.

The White House was on the defense Wednesday morning for statements made by President Obama -- who labeled Friday's Paris massacre that left 129 dead a "setback" -- and Secretary of State John Kerry's claim that the terrorists who in January attacked Charlie Hebdo had a "rationale."

White House spokesman says we are paying too much attention to officials' words.
Posted by Bruce Oksol at 9:08 AM