Bloomberg now provides the graph. Maybe I'm over-reading the graph, but it appears the general trend for refinery runs from 2010 to 2013 was fairly flat (strong fluctuations but the overall trend was flat). Then in 2013, a longer upward trend and then seeming to bring the 2013 - 2014 to a new baseline.

Again, maybe I'm over-reading the graph. You can see the original without my marking at this link. 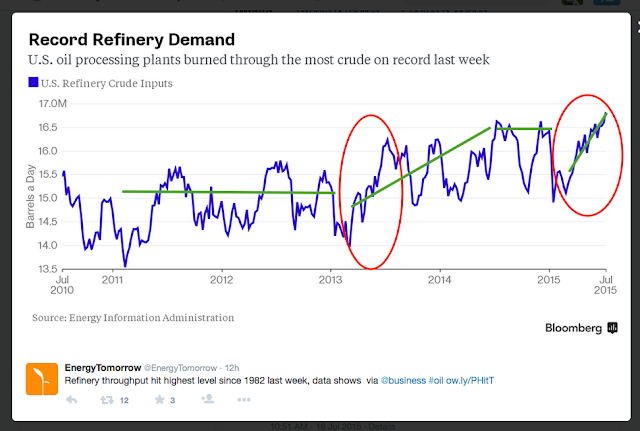