According to CNN Money:


The U.S. pumped an average of 9.43 million barrels per day last year, according to new government figures. That's the highest level since 1972 and represents an impressive growth of 89% since 2008.

The crash in oil prices has caused production to slow a little in recent months. But shale oil producers have held up far better than many feared. 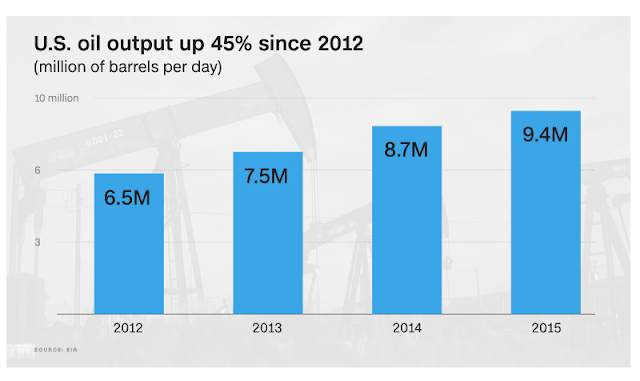 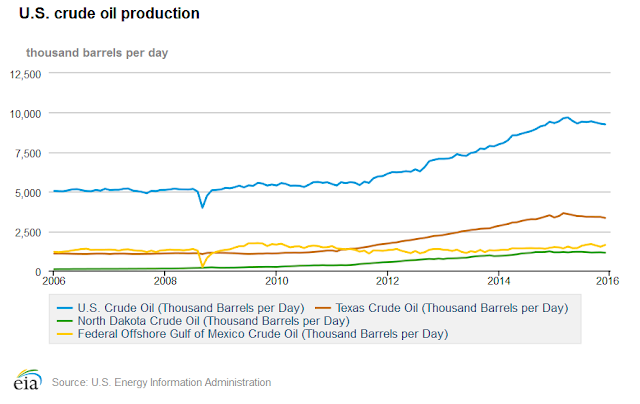