A reader wrote to tell me that he has received paperwork from CLR regarding Long Creek unitization. Needs mineral owner approval. In the December, 2018, hearing dockets:


CLR and the Long Creek development, 56 more wells in the unit. All owners received a load of papers from CLR. We will all get a new decimal interest when they start and share from all wells in the unitized area.

Long Creek is about eight miles east-southeast of Williston: 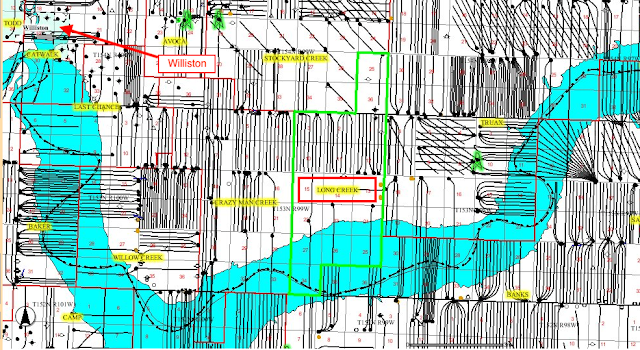 Photos from the reader: 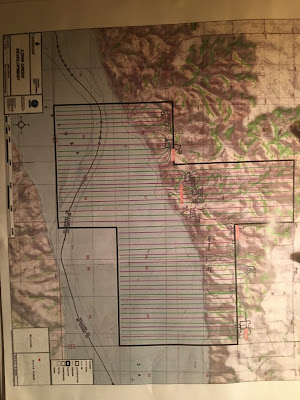 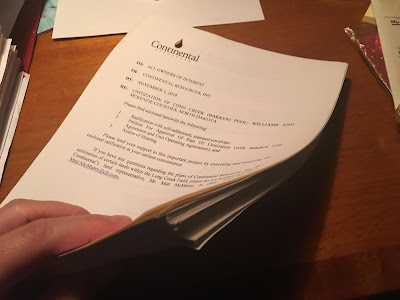 Long Creek is tracked here, but it has not been updated in a very, very long time.

As noted, the Bible is one of the books I am now reading for history and literary reasons. I will limit myself to the Hebrew Bible, the Pentateuch, the Torah for now.

Back in 2012, I read a biography of the bible, by Karen Armstrong, Notes are here. I am now carrying that small book in my backpack and will re-read it and update the notes now that I have a better feeling for the authorship and the first five books of the Bible.


In 597 BCE, the tiny state of Judah in the highlands of Canaan broke its vassalage treaty with Nebuchadnezzar, ruler of the powerful Babylonian empire. It was a catastrophic mistake. Three months later, the Babylonian army besieged Jerusalem, Judah's capital. The young king surrendered immediately and was deported to Babylonia, together with some ten thousand of the citizens who made the state viable: priests, military leaders, craftsmen, and metal workers. As they left Jerusalem, the exiles would have taken one last look at the temple built on Mount Zion by King Solomon (c. 970 - 930 BCE), the centre of their national and spiritual life, sadly aware that in all likelihood they would never see it again. Their fears were realized; in 586, after yet another rebellion in Judah, Nebuchadnezzar destroyed Jerusalem and burned Solomon's temple to the ground.

Key words:
A most interesting book, The Book of J, translation by David Rosenberg, commentary by Harold Bloom, fills in much of the void. It is conjecture and opinion, of course, but it allows the reader to reflect and consider his/her own ideas about that period of time and how the Bible came to be. Notes of that book are here.

This is the New York Times review of The Book of J, translation by Rosenberg: link here.
Posted by Bruce Oksol at 6:56 PM

Email ThisBlogThis!Share to TwitterShare to FacebookShare to Pinterest
Labels: Unitization